We don’t care who wins,
but we would like the New England Patriots to lose today.

We procrastinated and waited until this morning to do our party shopping.
So, we made an early Supermarket run for groceries and party supplies:

We weren’t sure what we were going to serve.
We planned on hot dogs (defrosted from the freezer).
We also thought wings and meatballs. So, that’s what we did.
Guacamole (had 2 ripe avocados), check. Chips, pretzels, etc., check.
We also did some of our shopping for the week.

We prepped the food, cooked the meatballs and then the wings,
made hotdogs for lunch and settled in for the Pre-Game Show. 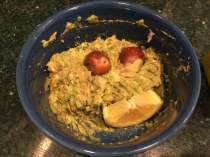 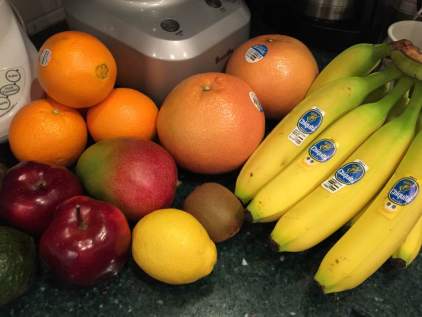 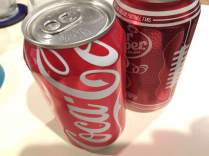 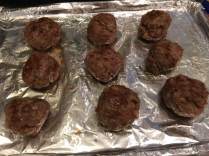 Mix 1/2 lb ground beef, 1/2 lb pork sausage (we used links and removed the casings), chopped onion, bread crumbs and spices: black pepper, salt, garlic powder, minced garlic, and Italian seasoning in a medium bowl. Roll into golf ball sized meatballs.
Heat a large pan with a little olive oil to medium heat and brown the meatballs turning so all of the outside is seared but the inside is still slightly uncooked. Remove from pan and let sit for 5-10 mins. Warm marinara sauce in a pan and add meatballs, rolling them in the sauce until they are completely coated. Remove from pan and let sit for 5-10 mins.
Add cornstarch to the marinara sauce and drippings and stir until it thickens.
Pour sauce over meatballs.
Bake meatballs in the oven at 300 degrees for 5-10 mins before serving.

10 wings (cut up with the ends trimmed off)
Mix 3/4 cup flour, 1/2 tsp cayenne powder, 1/2 tsp garlic powder and 1/2 tsp salt in a large bowl. Coat wings completely and place in the refrigerator for an hour.
Heat oil and deep fry the wings. Place on paper towels to drain.
In a separate bowl mix 1/2 cup melted butter, 1/2 cup of Frank’s Red Hot Sauce (or other hot sauce), a dash of black pepper, a dash of garlic powder. Dip each wing in sauce and place on baking sheet. Bake in oven at low heat for 15 mins on each side, then broil for 2 mins on each side. Serve with ranch dressing, extra sauce, celery and carrots.

Let the Commercials and FOX Promos begin! The “Pre-Kick” Show!
National Anthem and Who is Luke Bryant?
Coin toss with ex-President George H.W. (Senior) and Barbara Bush.
The Atlanta Falcons win the coin toss and defer to receive in the Second Half.
New England will receive and gets the football first.

NOTE: To be honest, we watched the game and commercials while enjoying the food and the Super Bowl party. We did LIVE POST all the scoring plays on our personal facebook timeline as they happened, but it was so we could get the pics for this blog, which we are writing at Midnight long after the game is over.
We recorded it, so we are watching it again as we write this Blog.

The First Half was ALL ATLANTA.

THE HALFTIME SHOW!
Lady Gaga flies in from the roof as advertised!

No Wardrobe Malfunctions.
Flying “Poker Face” on wires. Dance number. Crowd work.
Lighting effects and fireworks. Boring.
Who likes her music? (yes, some people like her music…)
And why is she the Halftime Show at the Super Bowl?

“After further review, the ruling on the field stands.” Completed pass!

The Second Half was ALL NEW ENGLAND!
New England scores 25 unanswered points to TIE the game 28-28!

“Turn out the lights, the party’s over!” 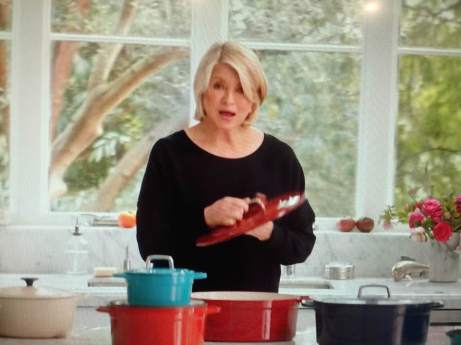 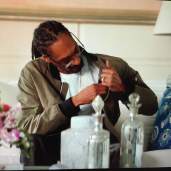 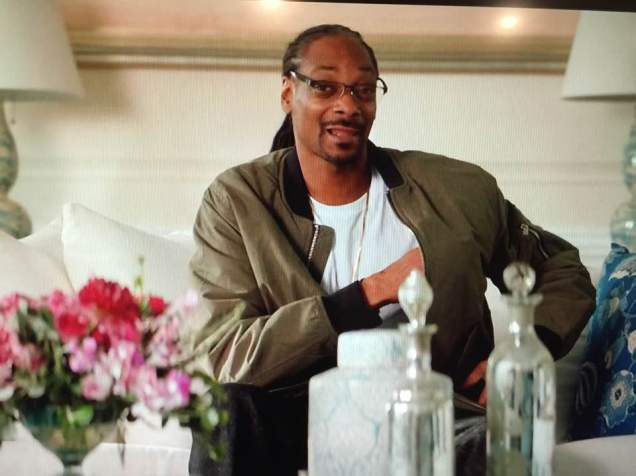