Shakespeare Santa Cruz (at the University of California, Santa Cruz)

Founded in 1981, Shakespeare Santa Cruz (SSC) is a professional repertory company operating in cooperation with the Theater Arts Department in the Arts Division at the University of California, Santa Cruz (UCSC).  The support of the Arts Division and the work of the Theater Arts faculty, students, and staff play an important in shaping the SSC aesthetic.  Through this partnership, SSC has attained a national reputation for linking the best in contemporary scholarship with the highest artistic standards of production and the exciting possibilities of repertory performance.  In addition, SSC and the UCSC Theater Arts Department collaborate directly on two projects each season – the Shakespeare to Go touring program that brings Shakespeare to over 7000 students annually, and the annual holiday show.

The 2013 Summer Season in the Glen at UCSC Performing Arts July 23 – September 1: The Taming of the Shrew, Henry V, Tom Jones the Fringe Show!

One for the Road/The Lover (a collaborative production with Shakespeare Santa Cruz starring Paul Whitworth, Mike Ryan and Julie James) is currently running at the Center Stage Theater in Santa Cruz. http://www.jeweltheatre.net/ 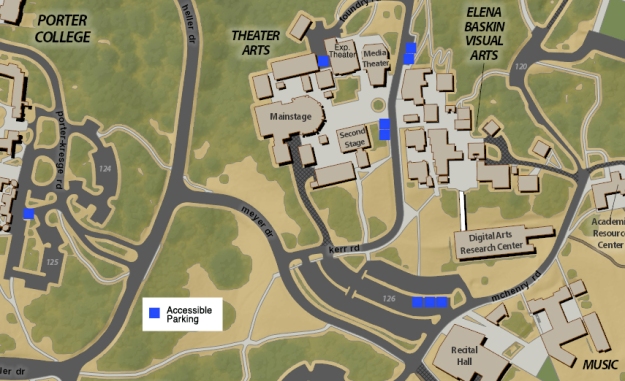 UPDATE: November 13, 2015 – Summer 2013 was the last season of Shakespeare Santa Cruz. The University foolishly decided to withdraw funding and cancel the partnership of 30+ years. A tremendous effort was made to save the program and it was renamed Santa Cruz Shakespeare an independent non-profit currently prepping it’s 3rd season. https://www.santacruzshakespeare.org