A complete orbit of the earth around the sun takes exactly 365.2422 days, but the Gregorian calendar uses 365 days. Leap seconds (and thus leap years) are added to keep our clocks (and calendars) in sync with the Earth, its seasons and our calendar system.

NOTE: On February 29, 1940, Hattie McDaniel became the first African-American actor to win an Academy Award for her Best Supporting Actress role in “Gone with the Wind”.

F*CK YOU DONALD TRUMP! If you support Trump, you are a RACIST.

Did you watch the Academy Awards? #OscarsSoWhite or #OscarsSoWhat?
Did Chris Rock do a good job as host? Or did his lynching jokes go too far?
Who wore what? Who said what? Who won? Who lost? Who cares?

Having once been part of the “Hollywood Machine”, an entertainment industry professional and a talent representative, I had to care about the award ceremonies.
As an agent and manager for talent, I had to know everything about the industry:
read the Hollywood Reporter and Variety daily, scan all the entertainment news and websites online, follow the trade news and listen to the gossip just to stay current.

Watching the Oscars and the industry from the outside is a much healthier way of life! These awards don’t matter in the big picture. They are marketing and advertising wrapped up in a pretty package and spoonfed to the public by the media they own and control.
Minions and Toy Story (PIXAR) are ABC/Disney characters and were featured prominently in the Academy Awards telecast as presenters! The opulence, the extravagance, the parties, the black tie and designer gowns and jewelry, the “bling” and THE WASTE!

It’s good that it provides jobs and tax revenue for the city! There is definitely an economic impact from all that money spent. The film industry gets a big bump from the promotion and Pizza guys and Girl Scouts get a cash infusion thanks to the publicity.

I’m LOVING the Periscope App! Last night I watched Elton John perform at the Oscar party in West Hollywood from the front row, then watched from the stage as Joe Satriani performed in concert at the Fox Theatre in Oakland, and watched my online friend LiterallyAnika riding in a Rolls Royce down “Sheik Street” in Downtown Dubai.

@ChickenfootJoe LIVE onstage at the Fox Theatre in Oakland 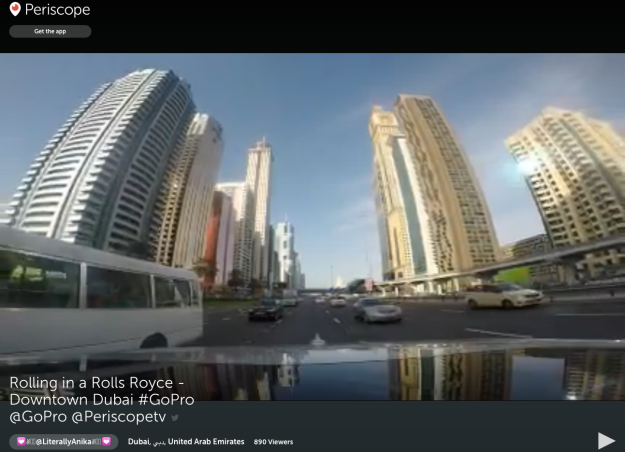 @LiterallyAnika riding in a Rolls Royce in Downtown Dubai

NOTE: The periscope videos expire after 24 hours, so I’m not posting the links.
Please visit and FOLLOW us on Periscope!
RIGHT CLICK and “OPEN IN NEW WINDOW”> www.periscope.tv/joshwilltravel

Last week I met an old friend who lives in New York for a drink at the Sherman Oaks Galleria in the beautiful San Fernando Valley. He had a meeting across the street so we met up at The Cheesecake Factory and went to the bar. 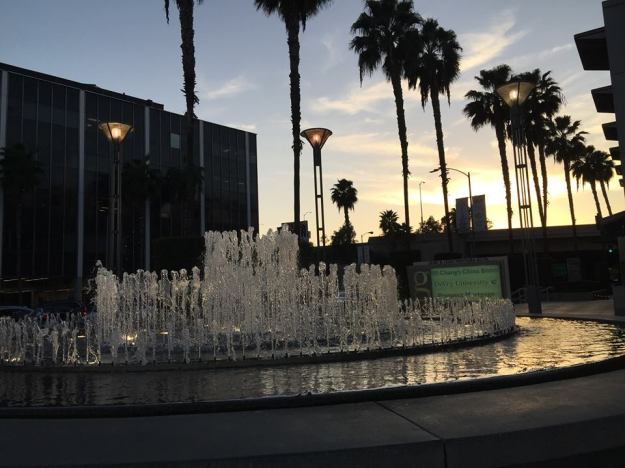 Sunset at the fountain at the Sherman Oaks Galleria (Ventura & Sepulveda)

After a brief wait and a little maneuvering we got a couple seats at the bar, ordered a fried calamari appetizer and enjoyed an adult beverage and some food while catching up on the past in person.

The Bar at the Cheesecake Factory at the Sherman Oaks Galleria 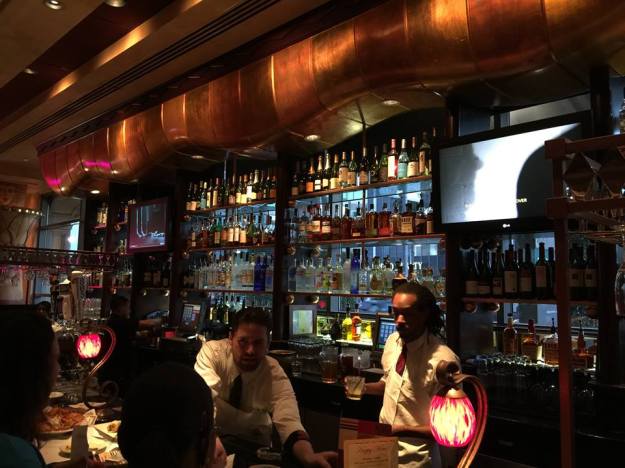 Waving for a cocktail does work at the Cheesecake Factory Bar!

On the Menu: Stoli rocks with a splash of pineapple, my friend had a draft beer and a Manhattan straight up with Woodford Reserve, and we shared an order of fried calamari and the complimentary bread & butter.

Stoli Rocks with a Splash of Pineapple Juice 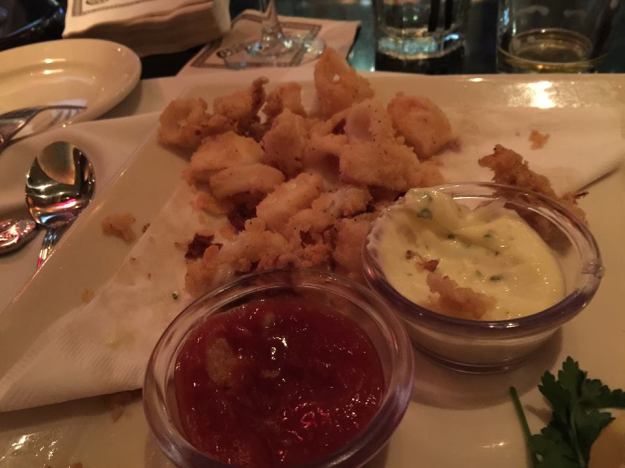 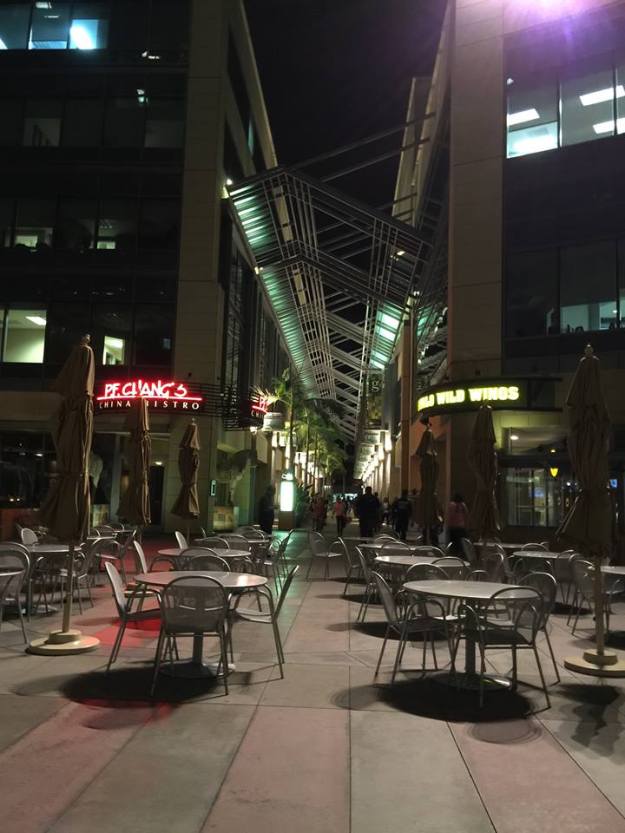 NOTE: I periscoped the walk through the Galleria from the parking garage to the fountain at Ventura & Sepulveda and saved it to www.Katch.me/joshwilltravel

And on the way out to the self-parking garage I stopped at the Starbuck’s in the courtyard and got a Venti Mocha Frappuchino with whipped cream to go. 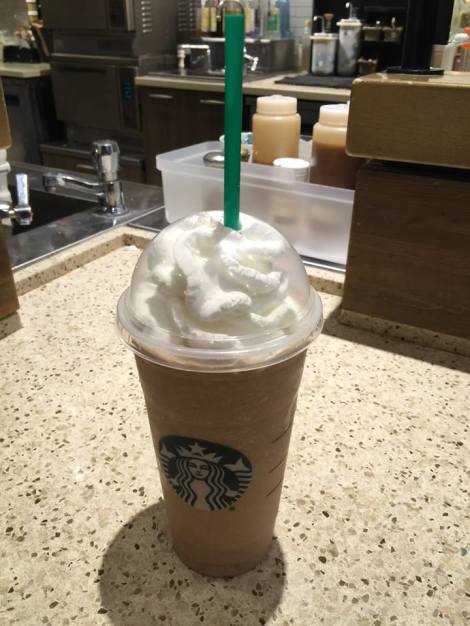 Change is necessary and inevitable. And for restaurants and bars in Ashland, change is a common occurrence. And so it goes, say goodbye to Alex’s and hello to the Brickroom!

The Brickroom in Ashland Oregon – Upstairs! 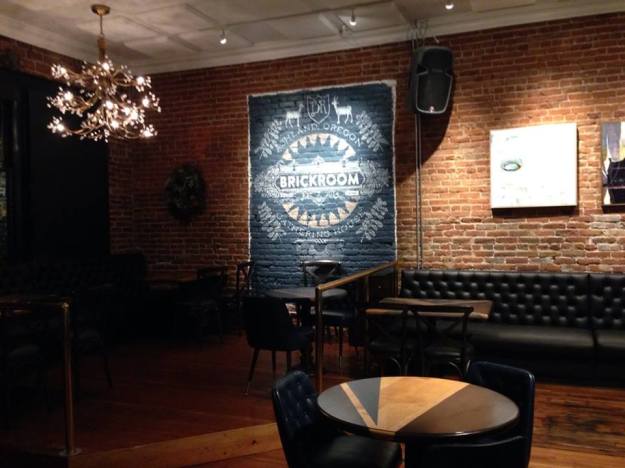 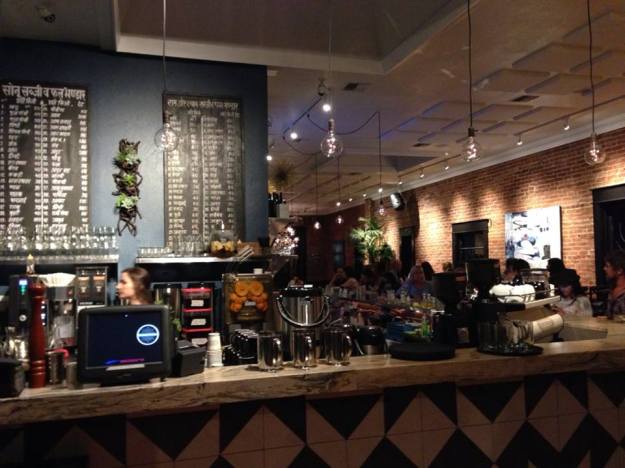 I wandered in around 9:30pm on a Tuesday evening. Things were pretty quiet and there was a small crowd at the bar. The end of the Dodgers’ game was on television and the Dodgers were winning (oh, the irony). 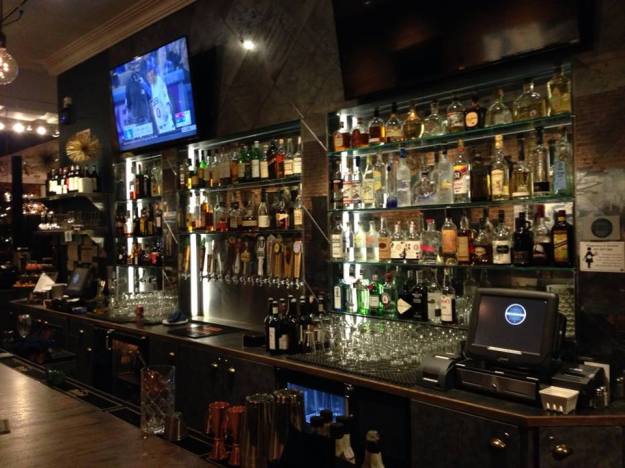 I ordered a “Stoli rocks with a couple splashes of pineapple juice” and then ordered a small basket of fries to soak up the alcohol.

The Brickroom in Ashland Oregon – cocktail $6.50 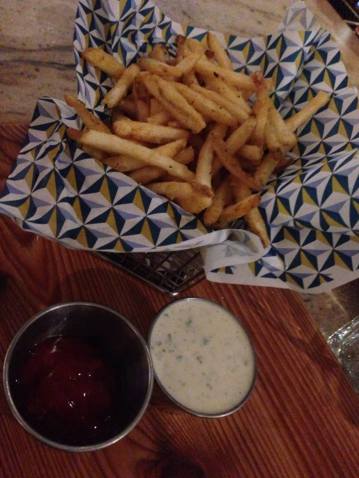 The Brickroom in Ashland Oregon – Fries $2.50 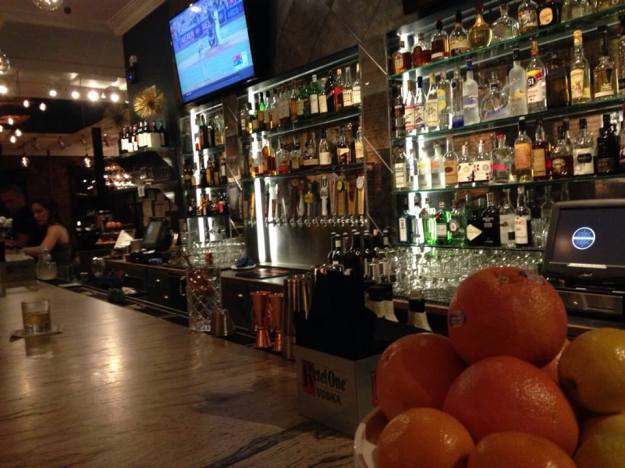 The Brickroom in Ashland Oregon – fresh fruit on the bar

The small crowd was lively but not unruly and everyone was having a good time.

I enjoyed being able to walk in and find a seat at the end of the bar. I’m told they have live music, and that the place gets crowded on the weekend or when they have a good band. 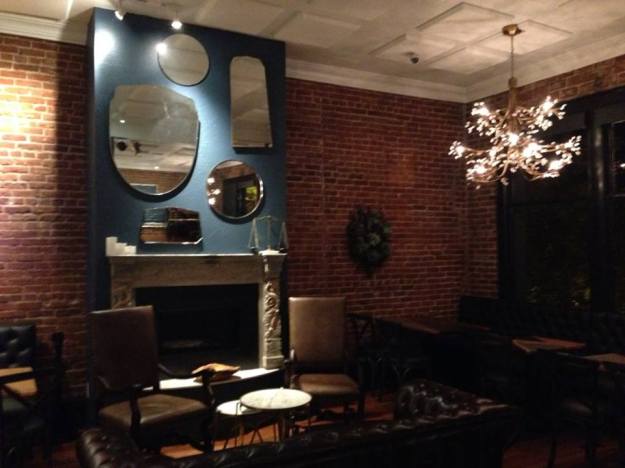 I stayed long enough (about an hour) to sip my drink, eat the fries and check out the new joint on the Plaza. It’s a nice place, not a dive bar, and it has a friendly vibe. The food and drink are reasonably priced, they have a good menu and non-alcoholic drink options. The drink was potent, the fries were terrific and the service was good.

There is also an outside patio upstairs on the backside of the building on Guanajuato Lane, a pedestrian walkway along Ashland Creek. It has awnings for shade and a nice view of the water and green landscape of Ashland Creek Park. 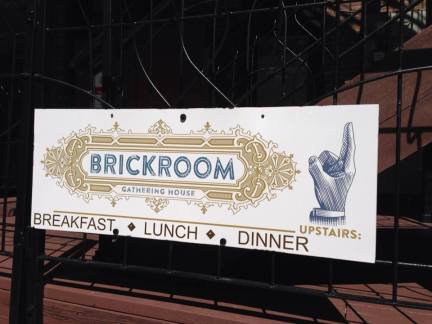 The Brickroom in Ashland Oregon – Upstairs to the Back Patio! 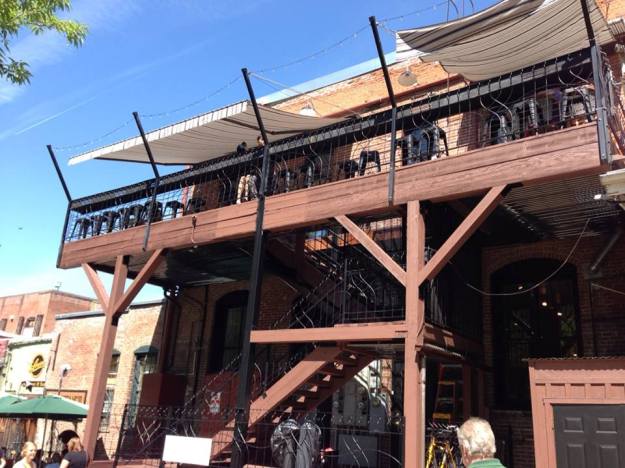 A very nice addition to the drinking, dining and entertainment options on the Plaza!