The Battle of Pearl Harbor: a surprise military strike by the Imperial Japanese Navy against the United States naval base at Pearl Harbor in the Hawaii Territory on the morning of Sunday, December 7, 1941.

There were also coordinated Japanese attacks on the United States in the Philippines, Guam and Wake Island and on the British Empire in Malaya, Singapore and Hong Kong. 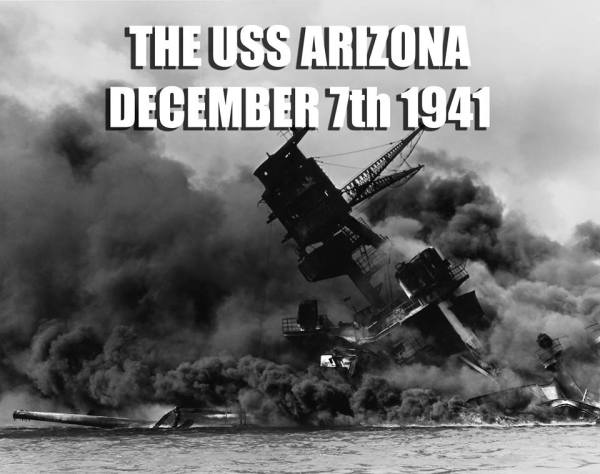 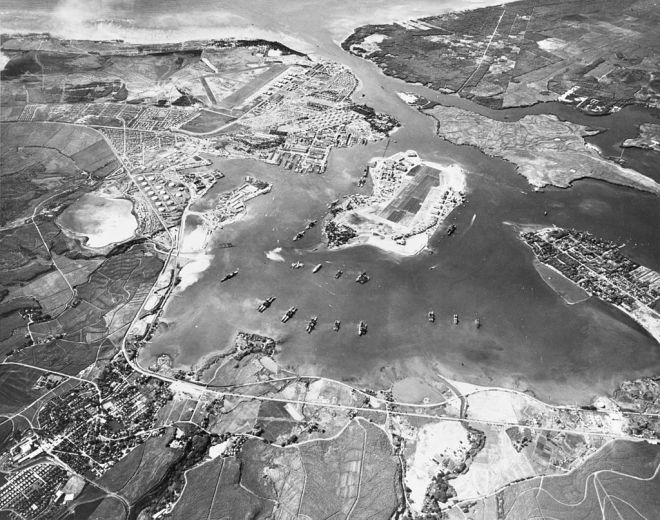 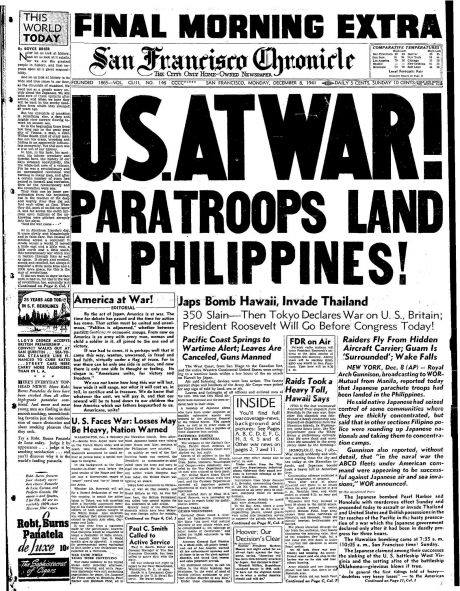 Within six months, five battleships and two cruisers were patched and sent to shipyards in Pearl Harbor and on the U.S. mainland for extensive repair. USS Oklahoma, was raised, never repaired and capsized while under tow to the mainland in 1947. USS Arizona and the target ship USS Utah were too heavily damaged for salvage and much of their armament and equipment was removed and used aboard other vessels. Today, the two ships remain where they were sunk, with USS Arizona becoming a war memorial. 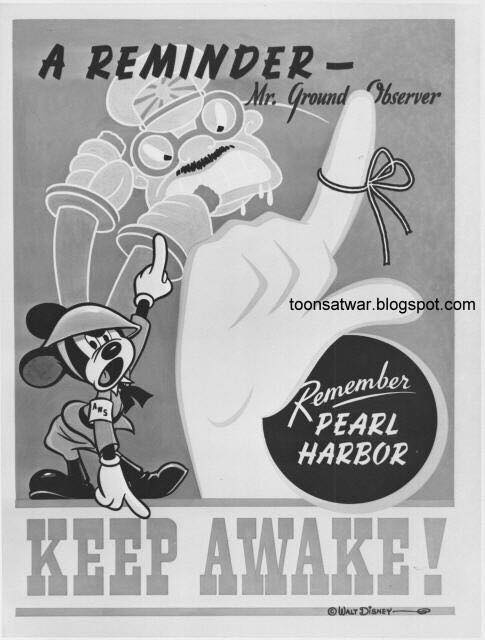 One further consequence of the attack on Pearl Harbor and its aftermath (notably the Niihau Incident) was that more than 110,000 Japanese American residents and citizens on the west coast were relocated to interior internment camps. In Hawaii, where 150000+ Japanese Americans composed over a third of the population, only 1200 to 1800 were interned in high-security camps such as Sand Island at the mouth of Honolulu harbor and Kilauea Military Camp.

Today, the USS Arizona Memorial on the island of Oahu honors the dead. Visitors to the memorial reach it via boats from the naval base at Pearl Harbor. The memorial was designed by Alfred Preis, and has a sagging center but strong and vigorous ends, expressing “initial defeat and ultimate victory” and it commemorates all the lives lost on December 7, 1941 (both American and Japanese).

Ceremonies are held annually at Pearl Harbor and although December 7 is known as Pearl Harbor Day, it is not a federal holiday in the United States. The USS Missouri, the last U.S. Navy battleship ever built, where the war ended on September 2, 1945, is now a museum ship moored near the USS Arizona memorial.

The attack on Pearl Harbor, without a declaration of war and without explicit warning, was judged by the Tokyo Trials to be a war crime. 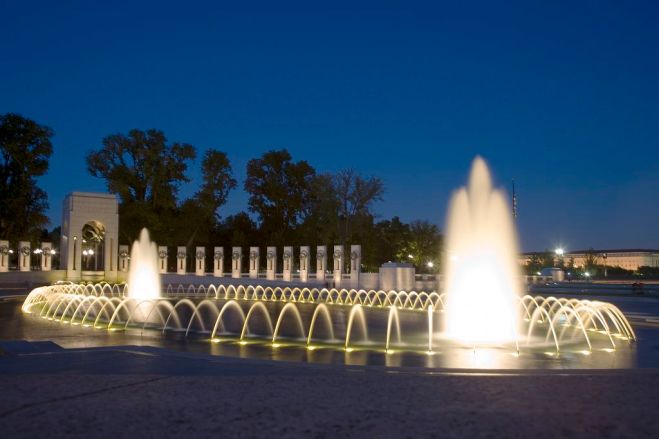