The cookbook was a thrift store find!
Cool “All- American” recipes from “The Gambler”
(sorry, they’re not in order and just camera pics of some of the recipes): 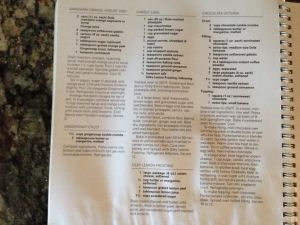 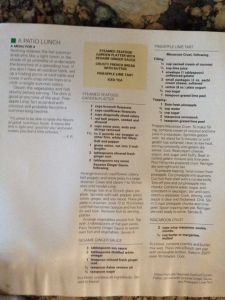 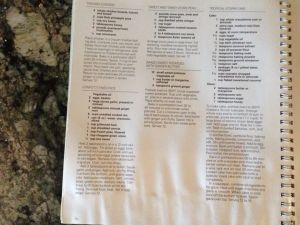 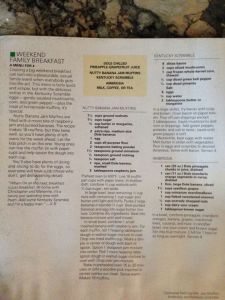 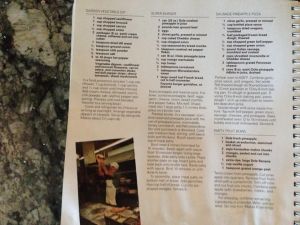 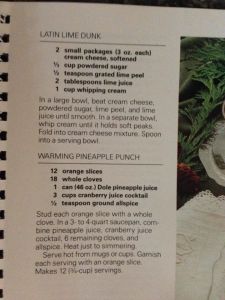 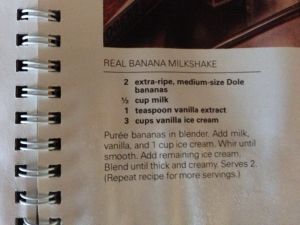 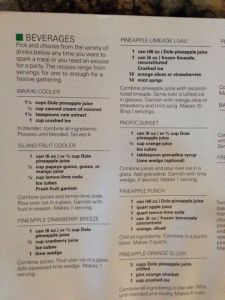 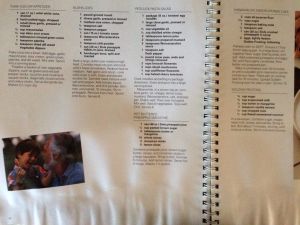 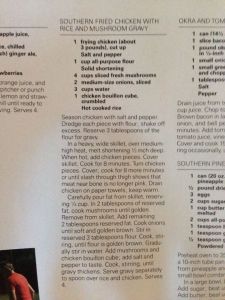 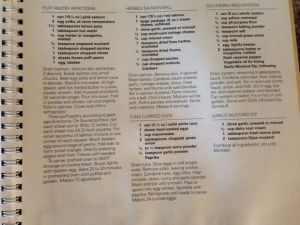 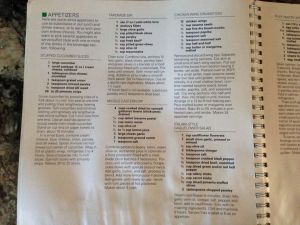 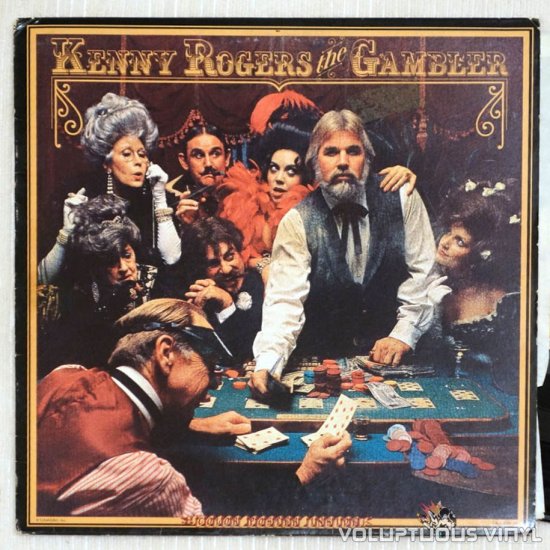 “You’ve got to know when to hold ’em Know when to fold ’em
Know when to walk away And know when to run
You never count your money When you’re sittin’ at the table
There’ll be time enough for counting When the dealin’s done.”

Directions:
Add all ingredients in order as listed into a blender.
Blend with on/off speed on high until very smooth.
Cook on stove over medium high heat until thickened.
Remove from heat and cool until lukewarm.
Refrigerate in covered container to use within a few weeks
or freeze to use within a few months.
(If desired you can add a few drops of red food coloring).

Directions:
In heavy saucepan add all ingredients. Bring mixture to a boil.
Stir constantly about 4 to 5 minutes.
Turn heat to low and continue to stir (3 to 5 minutes) so sugar is completely dissolved.
Allow to cook without stirring for 15 minutes on lowest possible heat, uncovered.
Transfer to top of double boiler over simmering water if using as a basting sauce for ribs or chicken during baking; or cool sauce and refrigerate covered to use in 30 days.
This BBQ Sauce freezes well.

In April of 2008, Berjaya Corp Berhad (BCorp), a Malaysia-based corporation, wholly owned subsidiary of ROASTERS Asia Pacific and master franchise for Kenny Rogers ROASTERS fully acquired the chain’s parent company, US-based Nathan’s Famous Inc.
Berjaya Food Berhad (“BFood”) incorporated in Malaysia in October, 2009 and was converted into a public limited company in December, 2009. In May of 2010, the Berjaya Group Berhad was added to the Morgan Stanley Capital International (MSCI) Malaysia Index. BFood was listed on The Main Market of Bursa Malaysia Securities Berhad in March, 2011. 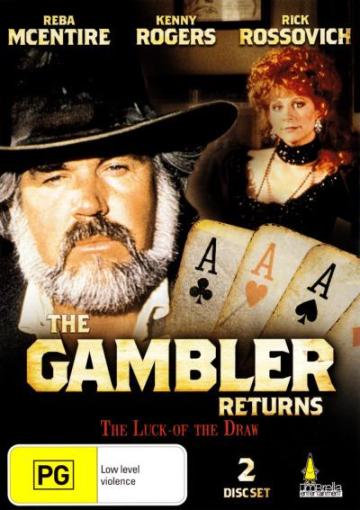 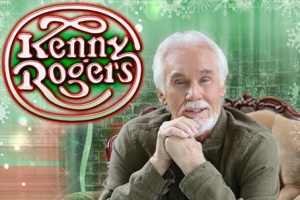 Everyone knows his song “The Gambler”
so please enjoy an earlier hit from way-wayback:

Live Performance from the “Kenny Rogers Rollin’ On The River” television show and the “Remember the 70’s” DVD:

I woke up this mornin’ with the sundown shinin’ in.
I found my mind in a brown paper bag within.
I tripped on a cloud and fell-a eight miles high
I tore my mind on a jagged sky.
I just dropped in to see what condition my condition was in.

I pushed my soul in a deep dark hole and then I followed it in.
I watched myself crawlin’ out as I was a-crawlin’ in.
I got up so tight I couldn’t unwind,
I saw so much I broke my mind.
I just dropped in to see what condition my condition was in.

Someone painted “April Fool” in big black letters on a “Dead End” sign.
I had my foot on the gas as I left the road and blew out my mind.
Eight miles outta Memphis and I got no spare,
Eight miles straight up downtown somewhere.
I just dropped in to see what condition my condition was in.

Produced by Mike Post. Some top studio musicians including Glen Campbell and Hal Blaine played the backing music and Post used effects, like phasing and backward mastering innovated by The Beatles, to give the song the psychedelic sound of the 60’s. It was released in 1968 to lukewarm reception until it was performed (lip-synced in a psychedelic video) on the “Smothers Brothers Comedy Hour” television show.
The song hit #5 on the “Billboard Hot 100”.

“Gutterballs” dream from the film “The Big Lebowski” with the song as the soundtrack: