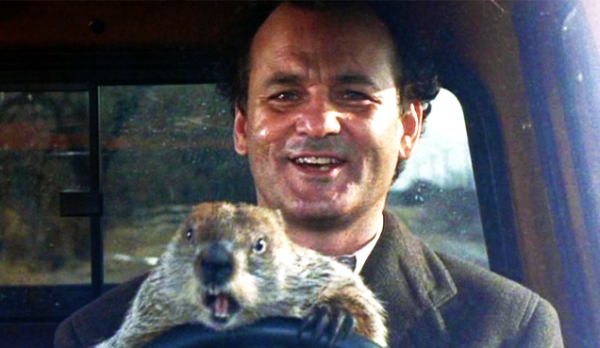 “There is no way that this winter is *ever* going to end as long as this groundhog keeps seeing his shadow. I don’t see any other way out. He’s got to be stopped.
….And I have to stop him.”

“You want a prediction about the weather, you’re asking the wrong Phil. I’ll give you a winter prediction: It’s gonna be cold, it’s gonna be grey, and it’s gonna last you for the rest of your life.”

Punxsutawney is the largest incorporated municipal borough in Jefferson County, Pennsylvania. The largest Groundhog Day celebration in the United States takes place every February 2nd at Gobbler’s Knob with Punxsutawney Phil the groundhog, who predicts the weather. According to tradition, if Phil sees his shadow there will be six more weeks of winter. If Phil doesn’t see his shadow, there will be an “early spring.”

1886 was the first time that Groundhog Day appeared in the Punxsutawney newspaper and February 2, 1887, was the first official ceremony at Gobbler’s Knob. 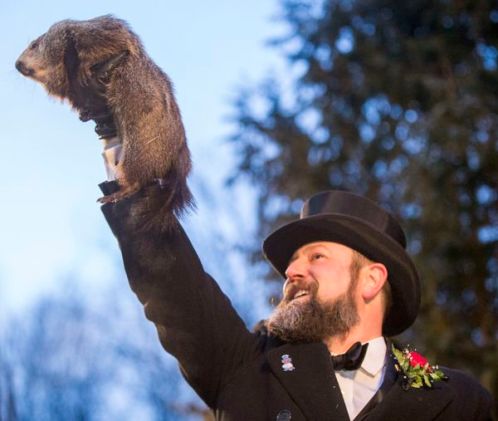 “This is one time where television really fails to capture the true excitement of a large squirrel predicting the weather.” 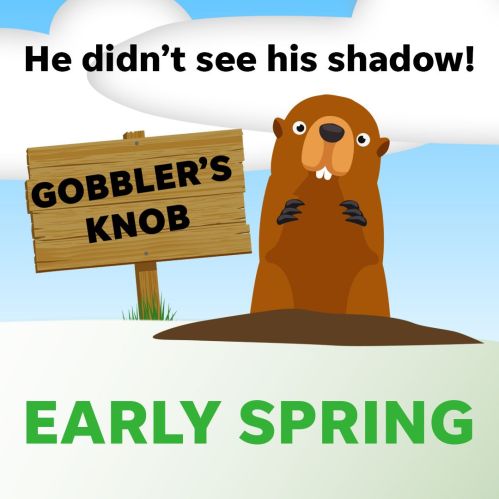 “When Chekhov saw the long winter, he saw a winter bleak and dark and bereft of hope. Yet we know that winter is just another step in the cycle of life. But standing here among the people of Punxsutawney and basking in the warmth of their hearths and hearts, I couldn’t imagine a better fate than a long and lustrous winter.”

Phil is kept in a special enclosure at the town library. The Punxsutawney Groundhog Club Inner Circle takes care of Phil year-round and they script the Groundhog Day ceremonies in advance, with the decision on whether he’ll see his shadow made in advance.

NOTE: There is only one Punxsutawney Phil, and all other groundhogs are impostors!

Groundhog Day is rooted in a Celtic and Germanic tradition and the pagan holiday of Imbolc, also known as Candlemas. When German immigrants settled in Pennsylvania, they transferred the tradition to the local wildlife, replacing hedgehogs with groundhogs.

If Candlemas be fair and bright,
Come, Winter, have another flight;
If Candlemas brings clouds and rain,
Go Winter, and come not again. 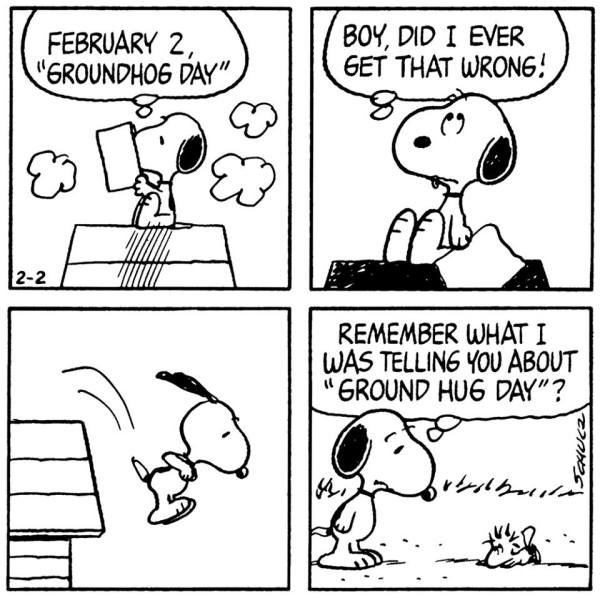 “Groundhog Day” is a 1993 comedy film directed by Harold Ramis and stars Bill Murray as Phil Connors, a TV weatherman caught in a time loop during an assignment covering the annual Groundhog Day event, repeatedly reliving the same day.
NOTE: The film was shot in Woodstock, Illinois, not Punxsutawney, Pennsylvania. 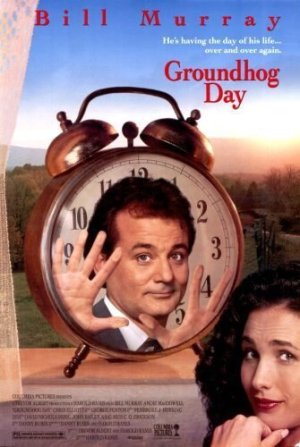 “Groundhog Day, The Musical” is also musical comedy stage play with music and lyrics by Tim Minchin, and book by Danny Rubin. Based on the 1993 film of the same name.

Read this Blog Post for more on Squirrels!> www.joshwilltravel.wordpress.com/2016/05/12/moonstone-beach-cambria-california/ 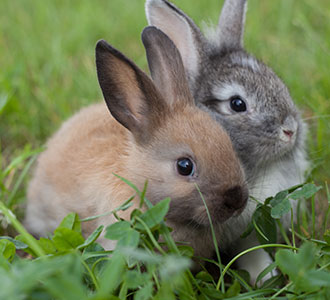