He was a friend of mine from the Renaissance Pleasure Faire in Agoura (southern California), Black Point in Novato (Marin county), and the Dickens’ Christmas Fair in San Francisco and Oakland.

Robert Donovan “Bob” Thomas was born in Hollywood, California on July 21st, 1938. He died on December 16, 1993 from complications from the flu and years of unrepentant drug, tobacco and alcohol (over)indulgence.

Bob Thomas was the leader of “The Golden Toad Band”, the “Raggle Taggle Gypsies”, the “Newcastle Pipe+Bowl Morris” band and The French Cheese band “Le Camembert”. 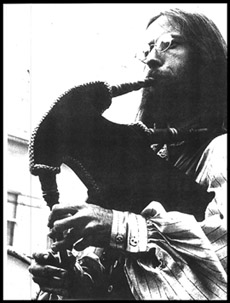 The Golden Toad Band opened for the Grateful Dead on a number of occasions, the first time was at the mysterious “Celestial Synapse” show at the Fillmore West February 19, 1969.

“I haven’t seen anything like this in years — it’s like one of the old Ken Kesey Acid Tests,” said Bob Thomas, piper of the Toad and, like the Dead, veteran of many an Acid Test, “– only it’s less hectic and confused. It’s f***ing amazing.” – Bob Thomas

The Golden Toad Band also opened for the Grateful Dead on November 1st and 2nd in 1969 at the Family Dog On The Great Highway. 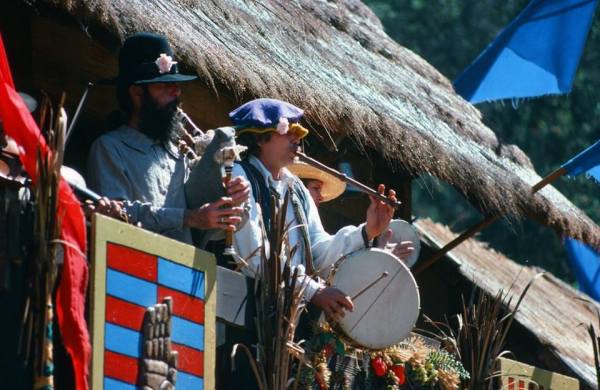 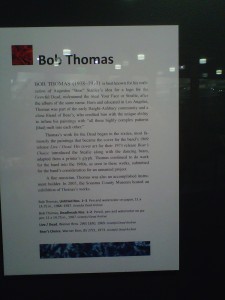 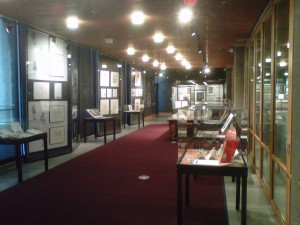 Bob and The Bear created the original “Steal Your Face” Skull and Lightning design. 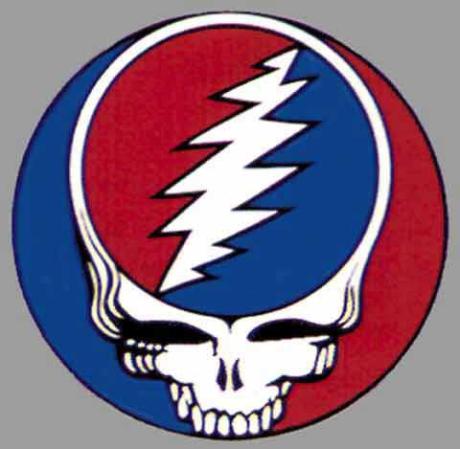 The cover art for the Grateful Dead’s 1976 album “Steal Your Face” features the “Lightning Skull” or “Skull and Lightning” logo (aka the “Stealie”). One of the band’s iconic images, it was originally designed by Bob Thomas and Owsley Stanley (aka “The Bear”) as a stencil to mark the band’s equipment cases.

Toolbox with the original stencil 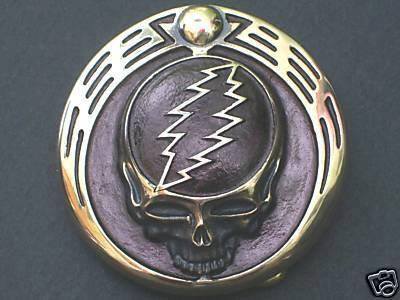 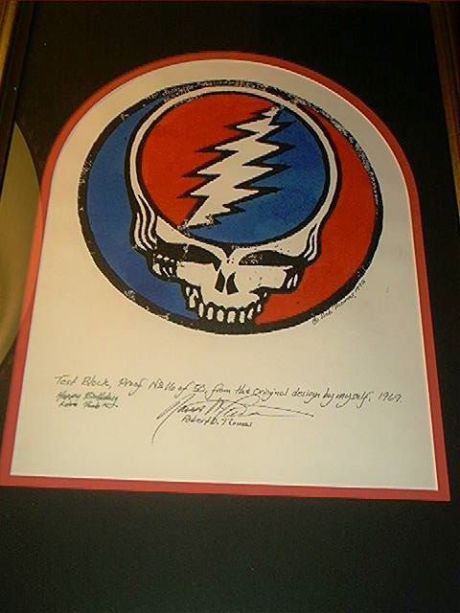 Bear’s Choice – History of the Grateful Dead, vol. 1 Back Cover

From Wikipedia:
“A large complement of iconography is associated with the Grateful Dead. Along with the “Skull & Roses” and dancing terrapins, perhaps the most ubiquitous are the “Lightning Skull/Stealie”, and the “Dancing Bears”, which notably made their first appearance on the front and rear covers, respectively, of this album. Designed by Bob Thomas, the latter have been incorporated into an endless array of both fan-produced and official merchandise and ephemera. Though usually referred to as the “Dancing Bears” they are, in fact, marching and not dancing. The front cover also has the first appearance of the “Good Old Grateful Dead” epithet, circling the “Lightning Skull” graphic.”

The cover art and a page from Paul Grushkin’s “Dead Letters” Book: 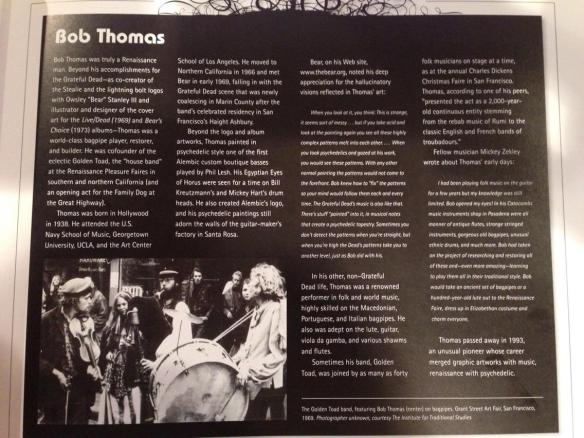 The dancing bears were drawn by Bob Thomas for the back cover of the 1973 album “Bear’s Choice – History of the Grateful Dead, vol. 1“. The bear was a tribute to Owsley Stanley, aka “The Bear”, who recorded and produced the album. The Bear himself wrote: “the bears on the album cover are not really ‘dancing’. I don’t know why people think they are; their positions are quite obviously those of a high-stepping march.” 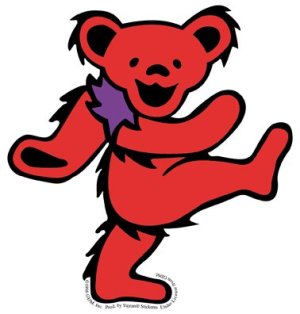 Bob Thomas Designed the Logo for The Institute For Traditional Studies 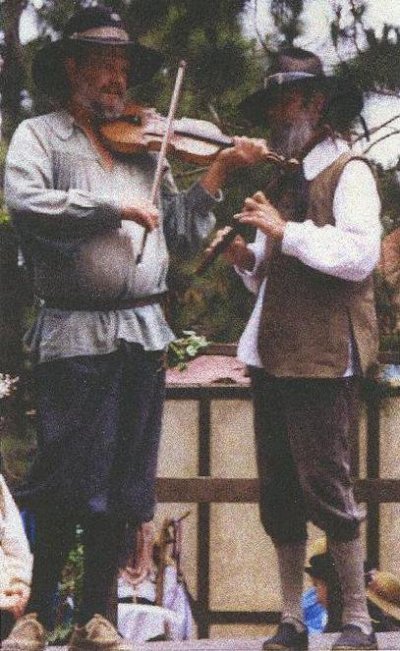 Then tie them all together:
General: Mankind takes everything available in the universe and in an infinite search for wisdom, focuses energy into the alembic resulting in the purest goal.
Specific: Alembic utilizes all available materials and in their quest to learn, focuses their efforts in their factory and produces the purest of electric guitars and basses available.

NOTE: The Ouroboros is a symbol originally from Ancient Egyptian of a serpent or dragon eating its own tail.

Ouroboros and Omkar design by crookedwings 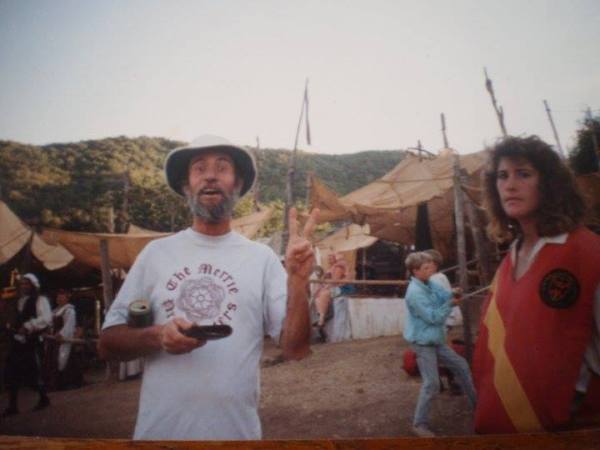 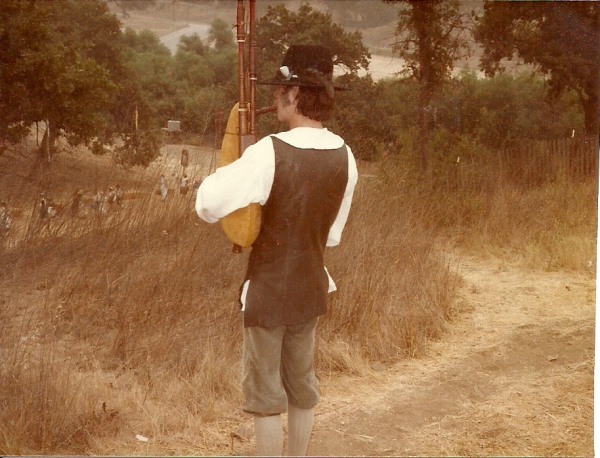 NOTE: The pictures of Bob Thomas at the Renaissance Faire and Dickens’ Fair are not our pics. They were collected over the years from friend’s posts on the interweb. If you took the pic and would like credit, send us a message. Thanks, and thanks for the memories!

UPDATED Wednesday, July 22, 2020:
THE CASH GRAB CONTINUES!
Q: DO THE ESTATES OF BOB THOMAS OR OWSLEY STANLEY GET ANY MONEY?
Fuckin’ Nike? Shoes? Really? And these are fucking UGLY too!
THIS IS COMPLETE BULLSHIT! THEY ARE CORPORATE SHILLS NOW!
(Get your Grateful Dead Merch at Walmart and Target!)
Merchandising is one thing, SELLING OUT IS ANOTHER!
Bill Walton is shilling these too. THIS IS 100% WRONG!
WWJD? What Would Jerry Do? Can’t believe this is really a thing. 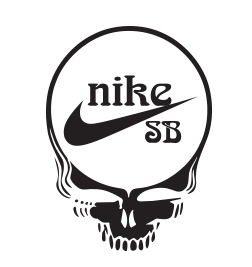 SERIOUSLY, FUCK THIS SELLOUT!
WHY DON’T YOU ORDER ANOTHER “DICK’S PICKS” CD FROM DEAD.NET INSTEAD.

NIKE: Made in China with Forced Labor!

The Grateful Dead organization, Grateful Dead Merchandising, the Core Four, and Dead & Company have all lost their moral compasses.
When Jerry passed away 25 years ago, the Grateful Dead lost not only their leader but their voice of reason and morality.
The Core Four and GDM have buried themselves in yet another neck-deep moral conundrum by signing a multi-million dollar merchandising deal with Nike. The sneaker deal with Nike is gloss and glimmer on the surface, but beneath the surface, GDM and the Core Four are supporting China, its human rights violations, its economy, its theft of intellectual property rights, its sweatshops, its “re-education” camps, and forced child labor.
Additionally, GDM and the Core Four are fueling the thriving “sneaker scalper industry.” Literally, hundreds of thousands of people, including many Deadheads, were forced into a lottery to buy the recently-released Nike sneakers that feature images of the 13-point lightning bolt and the Dancing Bears.
And Deadheads are pissed off because they were the “losers” in the lottery.
The lottery “winners” ?
The bots utilized by sneaker scalpers and the sneaker scalper industry itself.
In the middle of America’s current meltdown, where intelligence and morality have gone the way of manners and Godliness, I do not need to learn a “sneaker scalper industry” even exists and worse, I do not need to know its scalping frenzy is being fueled by a branch of the Grateful Dead organization.
Whoever is running the show at GDM is asleep at the moral wheel.
The optics of working with Nike are poor, to be kind.
Ninety-six percent of the shoe manufacturer’s production takes place in China, Indonesia and Vietnam. The seventy-two Nike factories in China represent 15% of the total number of factories in China and are a significant contributor to China’s air pollution, the worst in the world, global warming, and climate change.
Nike employs 800,000 people in China. Or, to put it another way, Nike keeps 800,000 jobs out of America.
Additionally, GDM is accepting orders for Grateful Dead merchandise at dead.net that are sold out and are not returning calls or emails to issue refunds or credits.
In the 25 years since Garcia’s passing, the Core Four have publicly squabbled in less than dignifying ways about a slew of issues and all been related to money. A venture capital plan to fund a corporation using the Vault as collateral. The ownership of the guitars Jerry left in his will to Doug Irwin. The court order to remove the band’s catalog from archive.org. The terms of the reunion, and farewell, shows in 2015.
And then there’s Dead & Company’s deal with Live Nation, which is the most egregious and shameful chapter in the post-1995 history of the Grateful Dead As I have noted here, Saudi Arabia — the same Saudi Arabia that was behind the 9/11 attacks, the same Saudi Arabia that’s in bed with Trump and Kushner, the same Saudi Arabia that dismembered American journalist Jamal Khashoggi — is now the third-largest shareholder in Live Nation, just behind Liberty Media.
I mention Liberty Media because, according to testset.com, on July 22 “the Justice Department approved a proposal by Liberty Media to increase its holdings in iHeartMedia, the owner of the nation’s largest collection of broadcast radio stations. This deal would expand a stranglehold on the radio market. Liberty Media [already] has controlling stakes in concert behemoths Live Nation and Ticketmaster. The decision has granted owner John Malone and Liberty Media a virtual 360 degree domination of the music industry via radio, streaming, concerts, festivals, and ticketing.”
By continuing its association with Live Nation, Dead & Company are not only soiling the Grateful Dead’s legacy, they are keeping the conglomerate afloat.
According to simplywall,st.com, “Live Nation Entertainment has liabilities of $4.73 billion falling due within the year, and liabilities of $5.46 billion due beyond that. Offsetting this, it has $3.27 billion in cash and $759 million in receivables that are due within 12 months. So, its liabilities total $6.2 billion more than the combination of its cash and short-term receivables.”
Dead & Co. need to leap off the Titanic and make a swim for moral high ground.
If not, then this question must be asked: When does enough wealth become enough wealth ?
And by what means ?
I have a name for this soul less and shameful money pandering by GDM, the Core Four, and Dead & Company.
Bill Kreutzmann Syndrome.
Kreutzmann was dead-ass broke until 2015, when his biography, the Fare Thee Well concerts, and Dead & Company (and Live Nation) made him far wealthier than Jerry was at at point in the guitarist’s life.
As Weir once said of Kreutzmann, “He’d put a Stealie on toilet bowl seats if we let him.”
Or as Jerry said after being told the Grateful Dead were returning to the road in March, 1993 after the guitarist had nearly died in the fall of 1992 and had begged the band for a lengthy reprieve from touring, “What ? They need more money again ?”
— Scott, July 28, 2020