POP ART!  Fifty years later, what do you think? 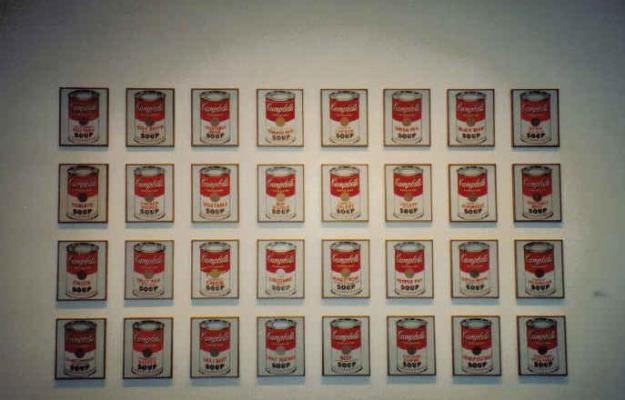 Warhol’s Campbell’s Soup Cans, sometimes referred to as 32 Campbell’s Soup Cans, is a work of art produced in 1962 by Andy Warhol. It consists of thirty-two canvases, each measuring 20 inches in height × 16 inches in width and each consisting of a painting of a Campbell’s Soup can—one of each of the canned soup varieties the company offered at the time.  The individual paintings were produced by a printmaking method—the semi-mechanized screen printing process helped to usher in pop art as a major art movement in the USA.