Kobe Bryant, his daughter Gigi, and seven other people, including the pilot, were killed in a helicopter crash on Sunday, January 26, 2020 in Calabasas, California. The cause of the accident is most likely pilot error due to the foggy weather. Reports say they were traveling to a girl’s basketball game in Thousand Oaks when the helicopter crashed.

Kobe Bryant joined the National Basketball Association (NBA) after high school, and was a Los Angeles Lakers his entire 20 season professional basketball career.
He will be inducted into the NBA Hall of Fame posthumously this year. 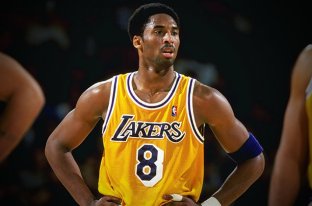 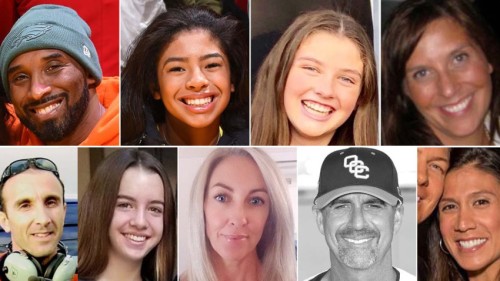 Ara Zobayan, the instrument certified helicopter pilot earned his commercial pilot’s license in 2007. He was also a certified flight instructor for instrument instruction. 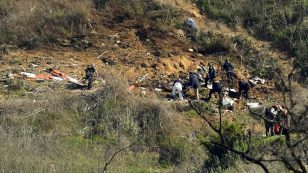 The Los Angeles Sheriffs Department has been using ATVs and horse mounted officers to protect the site from trophy seekers. The bodies were collected and delivered to the families. The wreckage was mapped by NTSB drones and investigators on the ground, then collected and transported to a yard in Arizona for forensic examination. 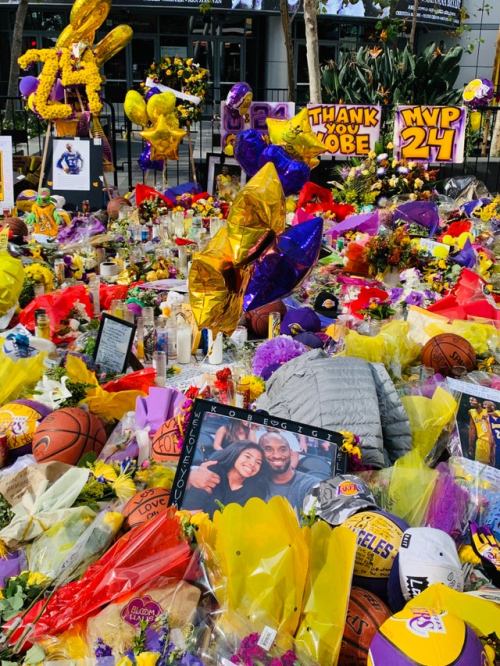 There have been non-stop tributes, vigils, and memorials,
as well as wall-to-wall worldwide media coverage.
The Grammy Awards at Staples Center on Sunday was basically a memorial service.
The entire City of Los Angeles and every Lakers fan have been in mourning all week.
The Los Angeles Kings hockey team and Los Angeles Clippers basketball team have honored him. And there will be another huge tribute at Super Bowl 54 on Sunday too.

Downtown Los Angeles (not my pic)

All photos are used for educational purposes and without any commercial intent.

Mickey Mouse Tie by Cervantes – Made in USA

Scored these two “near mint” vintage Mickey Mouse (basketball) Ties by Cervantes this week at a local thrift store.  Did a little research, and very happy with our finds!

Qiana: a silky nylon fiber developed in 1962 at the DuPont Experimental Station by Stanley Brooke Speck and introduced to the public by Dupont in 1968.
Qiana is described in US patent 3249591 as a polyamide fabric having improved resilience and silk-like hand, combined with superior wash-wear performance.

NOTE: Items marked Walt Disney Productions (WDP) are vintage and made before 1986. It’s a great way to date Disney souvenirs.

Rudy Cervantes made Mickey Mouse Ties under license from Walt Disney Productions. He also made logo and novelty ties for many other companies, sports teams and brands. 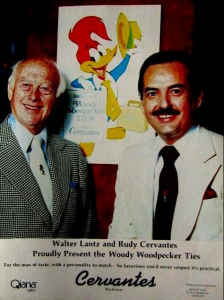 The MARCH of Time!

It’s not Easter yet!

Yesterday was the last day of February,
and the end of the second month of the year!
Today is the first day of MARCH 2018.
There is a Full Moon on March 1st and March 31st!

March is the third month of the year. March has 31 days.
March is celebrated as a time of rebirth.

The meteorological spring begins on the first day of March and the Vernal Equinox on the 20th or 21st marks the astronomical beginning of spring in the Northern Hemisphere and the Autumnal Equinox in the Southern Hemisphere.

March is named for Mars, the Roman G-d of War. It was the first month of the year on the Roman Calendar and named Martius.

The Day of the Dude! – March 6th
see the previous Blog Post and CELEBRATE by takin’ it easy! 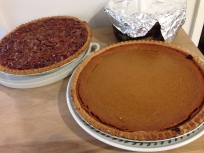 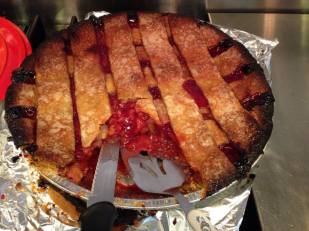 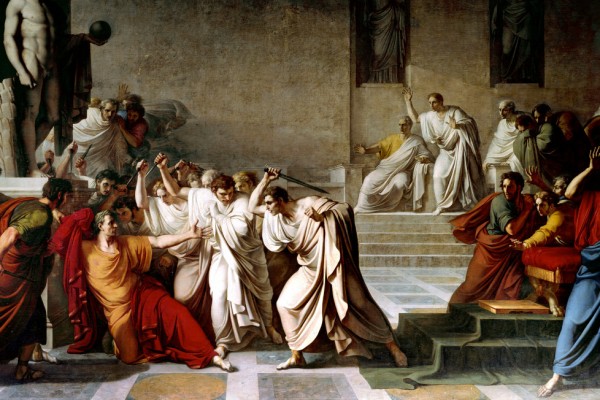 Thanks to William Shakespeare and the play “Julius Caesar” we’ve all heard of The Ides of March. The story goes, in 44 BC a seer told Julius Caesar that his downfall would come no later than the Ides of March (March 15th). Caesar ignored him and later joked with the seer “The Ides of March have come.” The seer replied, “aye, Caesar; but not gone.” Caesar then attended the meeting of the Senate at the Theatre of Pompey, and was murdered by as many as 60 conspirators.

Caesar:
Who is it in the press that calls on me?
I hear a tongue, shriller than all the music, Cry ‘Caesar!’
Speak; Caesar is turn’d to hear. 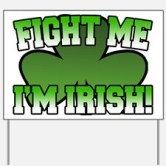 “Wherever you go and whatever you do,
May the luck of the Irish be there with you.”

The birth flower for March is the daffodil.
Birthstones for March are aquamarine and bloodstone which symbolize courage.

March Madness!
NOTE: We don’t like college basketball. We don’t like college sports.
Student athletes are taken advantage of by the university system.
College sports are a distraction and school rivalries cause division.
Corruption, payoffs and bribery are just 3 of the problems.
(see “pointshaving”, “Cheating” and “academic fraud” for more)
REMEMBER “THE FIX IS IN!”

And if you think it’s just 4 coaches and 3 agents, YOU ARE MISTAKEN!

And if you think it’s just basketball, YOU ARE MISTAKEN!

Springtime at the Paramount Ranch Park in Agoura, California

Beware the Ides of March!>
https://joshwilltravel.wordpress.com/2017/03/15/beware-the-ides-of-march/

And here are a few more random pics from Staples Center and L.A. Live: 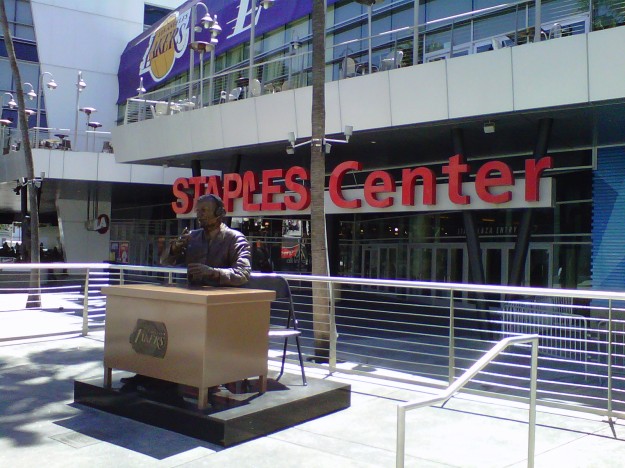 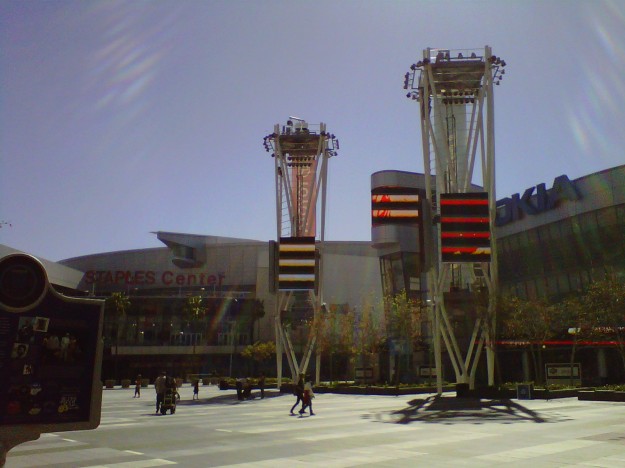 In the Lobby of the Grammy Museum at L.A. Live (copyright 2013 JoshWillTravel)

Watching the floor crew as they lay the “playoffs” decal on the parquet floor.

“The Boardwalk is a virtual sidewalk circus, a walk ‘n’ rolling skin show.”

Venice is a beachfront neighborhood on the Westside of Los Angeles.  Known for its canals, beaches and Ocean Front Boardwalk.  During the summer season and on weekends, there is street entertainment at every intersection along Ocean Front Walk, a two-and-a-half-mile pedestrian-only promenade. Street performers include instrumental musicians, singers, jugglers, acrobats, mimes, comics, magicians, prophets, fortune tellers, and other assorted entertainers.

Venice Beach is the headquarters of the Lifeguard Division of the Los Angeles County Fire Department.  Located at 2300 Ocean Front Walk, it is the nation’s largest ocean lifeguard organization with over 200 full-time and 700 part-time or seasonal lifeguards.  The Los Angeles County Lifeguards safeguard 31 miles of beach and 70 miles of coastline, from San Pedro to Malibu, and also provide services to Catalina Island.  In addition to providing for beach safety, Los Angeles County Lifeguards have specialized training for Baywatch rescue boat operations, underwater rescue and recovery, swiftwater rescue, cliff rescue, marine mammal rescue and marine firefighting.

City of Los Angeles Dept of Recreation and Parks: http://www.laparks.org/venice/venice.htm