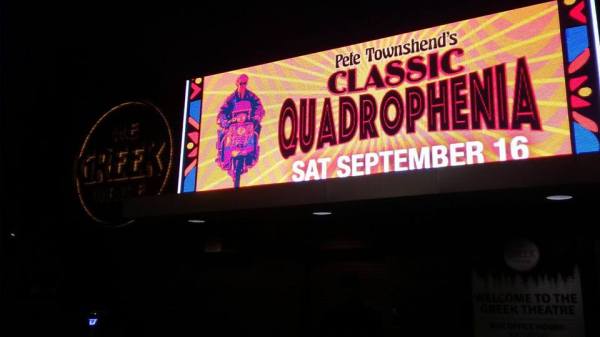 LIVE at the Greek Theatre in Griffith Park on Saturday Night!

NOTE: Still working on the “Road Trip” and “Burning Man” Blogs, but we decided to spend the money and see a LIVE show at the Greek Theatre on Saturday night.

Parking SUCKS at the Greek Theatre (and it always has). We tried to park at the “Offsite Parking Lot” for $10 and wanted to take the shuttle, but were greeted with “Unfortunately……”

It was explained by a lackey in orange vest that unless you paid online, they weren’t letting people pay cash and park because they didn’t have enough parking.
Because Griffith Park is TOO F*CKING SMALL AND DOESN’T HAVE ENOUGH SPACE TO PARK EVERYONE WHO WANTS TO PARK OFFSITE!
JUST ANOTHER City of Los Angeles FAIL. (just count on the City to FAIL everytime)

So we drove around and then up the hill to the Greek Theatre, with traffic on Los Feliz and Vermont, and paid $25 to park on the grass on a hillside above the theatre. At least they had rows of cars instead of just “stack parking” and packing them in like the old days.

The Greek Theatre in Griffith Park is a very nice venue once you get past the parking. 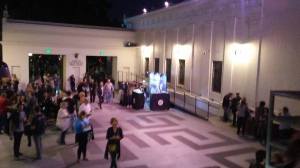 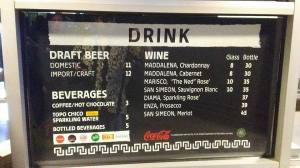 Here’s a handy seating chart and aerial view of the Greek Theatre (not my pics): 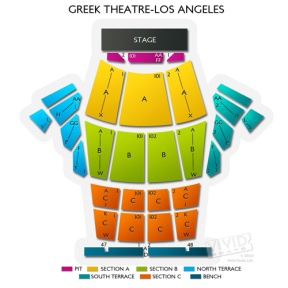 Our $100 ticket was for Sec B, Row U, Seat 13 – an okay seat on the $$$ price scale. For another $25 we could have been more center, and for a couple hundred dollars more we could have been in Sec A or front of Terrace (Loge seats), but WHY?

With Pete Townshend, Alfie Boe, Billy Idol, an orchestra and a choir!

We really enjoyed the music, it’s one of our favorite WHO albums, and it was great to see it performed live with the orchestra and choir. The sound was really good at the Greek, and with the exception of the audience, it was a very good show.

EXIT (Stage Left): So, we waited for the Greek to empty out and there still was a line to get out of the GATED AREA. It is a VERY DANGEROUS EXIT because if there were an emergency, people would get crushed trying to escape. They didn’t have the large gates open, so everyone had to funnel into and out through the entrance point.

Drive through Griffith Park at night!

We walked back to our car and waited for the parking lot to empty, and the line at the restrooms to clear, then instead of driving down the hill back to Los Feliz, we drove through the park and then down to Western Avenue. There are great views of the city and Downtown Los Angeles from the road through the park, but the only pictures we took were in the tunnel because of the traffic and people walking to their cars. 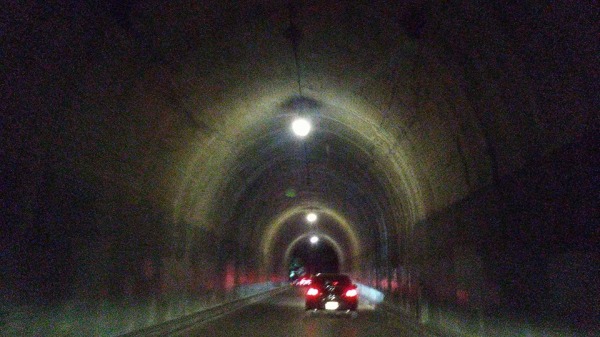 Saturday Night! We drove through Ferndell to Los Feliz and down Western to Hollywood Blvd. We got on the 101 freeway and headed back to the valley, and decided to stop for a post-show drink at the Chimneysweep Lounge in Sherman Oaks on the way home. It used to be a real “hole-in-the-wall” dive bar, but then it was taken over by hipsters…

We got a seat at the bar and enjoyed a Stoli rocks with a lime (our first and only drink of the evening). We people watched for a bit but they weren’t interesting people, decided we didn’t want to hang, so we headed home and ate some food before going to bed. It was a pretty fun night and we certainly enjoyed the music. 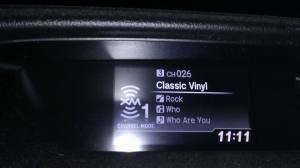 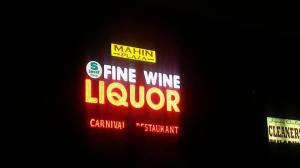 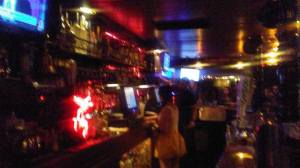