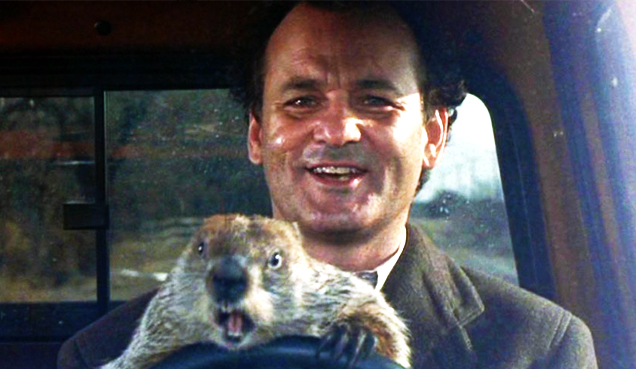 And now it’s past midnight and we just discovered a film called “The Man Who Killed Hitler and Then the Bigfoot” starring Sam Elliott and Ron Livingston, so we went to the kitchen and made a double espresso and now we are going to have movie night at 1:30am!

*****START THE MUSIC****** and READ THE BLOG!
Frank Yankovic and Yanks perform “The Pennsylvania Polka” LIVE!

No crowd this year, and there are usually 30000-40000 people in attendance.
The two previous screenshots were from previous years’ celebrations, and were part of the fun video montage that aired prior today’s ceremony. We just watched it LIVE on YouTube.

4:50am: Our weather forecast for the week.
The storm that was suppose to hit us, is going to just pass us by.

We fell asleep after the Groundhog ceremony, and never watched the movie.

Stephen Tobolowsky as Ned “Needlenose” Ryerson (He did the whistling bellybutton trick) BING!

7:55am: We got woken up by the dogs.
They went outside and got their breakfast and went outside.
And we just made and drank a cup of espresso.

OH YEAH!. Umm, 444000+ REPORTED COVID-19 US DEAD as of today.
FOUR HUNDRED FORTY-FOUR THOUSAND UNITED STATES CITIZENS!
444000+ HUMANS ARE DEAD! And THIS NUMBER IS UNDER-REPORTED,
THE ACTUAL NUMBER OF DEAD AMERICANS IS EVEN HIGHER!
And tens of thousands more will die…. 444000+ TRUMP DID THIS.

10:00am: Okay, time for a double espresso.
We just watched “Too Funny To Fail” on Hulu. About the Dana Carvey show on ABC.
Haven’t laughed so hard in so long! Oh so funny! And then the memories of the show….
Definitely RECOMMEND it.

And let’s watch the local news… El Segundo Schools reopen K-2nd grade with all kinds of precautions (2-1/2 hours a day/4 days a week), really BIG NEWS…REALLY BAD NEWS!
TEACHERS HAVE NOT BEEN VACCINATED YET! And LAUSD WILL REMAIN CLOSED!
BIDEN’S COVID RELIEF PLAN v. New GOP Bullshi*t Plan –
PRESIDENT JOE BIDEN WON!
The GOP Traitors ruined this country, they should just STFU.
They gave us Trump, and Death, and Disease, and Financial Ruin.
They gave us Trumpers, and Insurrection, and Racism and Anti-Semitism.
They gave us Tax Cuts for the Rich and Children in Cages.
They gave us LIES, CONSPIRACY THEORIES, PROUD BOYS AND Q-ANON.
They gave us Treason, Sedition, Fraud, Conspiracy and Crimes Against Humanity.
Sorry, Not Sorry. We are getting a little too “passionate” again, so let’s dial it back.
WHEN YOU INTENTIONALLY CRASH THE CAR AND PEOPLE DIE,
YOU DON’T GET TO BE THE DRIVER ANYMORE!
THEY TAKE AWAY YOUR LICENSE.
You’re just lucky if you get to ride in the backseat.
So, now onto the Impeachment of Donald J. Trump
which will dominate the news cycle for the next month.

US Senate confirms Alejandro Mayorkas as Secretary of the Department of Homeland Security by a vote of 57-42. Pete Buttigieg was confirmed as Secretary of Transportation 86-13.

US Capitol Officer Brian Sicknick’s ashes lie in state in the US Capitol rotunda tonight.
Killed by Trumper Insurrectionists during the attack on the US Capitol on January 6th.
He will be buried at Arlington National Cemetery tomorrow. He was only 42 years old.

The House Rules Committee will vote to remove Majorie Taylor Greene from the Education and Labor Committees on Wednesday (tomorrow?).

Coming this weekend:
SUPERBOWL SUNDAY!
STAYTHEFUCKHOME!
Do not party with friends or family outside your bubble!

We got the newspapers and the mail.

There were THREE LETTERS from the EDD. None had a check inside.
There was one with a continuing claim form inside to be mailed later this week.
There was one offering the option of a mailed check rather than a Debit Card.
(We opted for the check, because there were a lot of problems with the cards issued by Bank of America, and we want to deposit the money instead of having it on a card to spend)
And there was one with our account number and info about the online access site.
So, that’s Four Letters in two days, and we know the State of California is paying for them.
(and we also have to provide postage on the return opt-in letter)

4:40pm: We ate a turkey and pepper jack cheese sandwich on toasted sourdough bread with a dill pickle and celery for lunch. And then we fell asleep and tried to take a nap.
And we were woken up by the big dog barking. SO now we’re awake and really tired….

Wednesday 2:00am: There was a SIX HOUR pursuit, that started at 7:30pm.
We took a short nap during the chase. And woke up to see it end at 1:30am.
The dogs got fed and went outside of course. We didn’t eat until just now.

FOUR HOURS LATER. Dude is still rolling around on his rims… 4 Hours!
You go home now!

5 HOURS! FIVE! Still rolling ON THE RIMS. Slow, then at speed, then slow. NO TIRES. Dude is schizophrenic and has been rocking back and forth in the driver’s seat. They shot a rubber bullet through the back window awhile ago. People are coming out to watch, lining up along the freeway and on the overpasses! They’re going to try a roadblock now. SPARKS NOW! 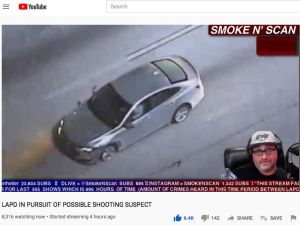 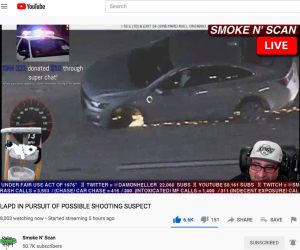 SIX HOURS! Dude lost his wheel and could not continue… he got out and surrendered. Suspect in custody at 1:30am.

“I was in the Virgin Islands once. I met a girl. We ate lobster, drank Piña Coladas. At sunset we made love like sea otters. That was a pretty good day. Why couldn’t I get that day over and over and over…” 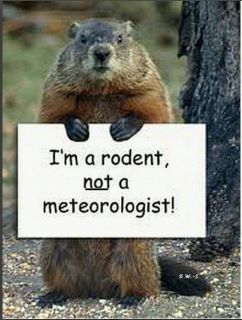 How much wood
could a woodchuck chuck
if a woodchuck
could chuck wood?

DONALD TRUMP REMAINS
A CLEAR AND PRESENT DANGER TO THE WORLD!

“The Pennsylvania Polka” on “The Lawrence Welk Show”

“Hey who else could go for some flap jacks right now?” – Ralph