We have been extremely consistent about this CORONAVIRUS diary….
BECAUSE IT GIVES US A WAY TO TRACK THE DAYS IN ISOLATION.
So, let’s continue with Friday today. And what used to be the weekend.

THERE’S NO BURNING MAN THIS YEAR!
70000 people won’t be partying on The Playa and in Black Rock City.
They won’t be traveling to the desert in Northern Nevada in August.
They won’t be buying airline tickets, or gasoline for their automobiles.
They won’t be renting trucks, vans or recreational vehicles this season.
They won’t be stopping in Reno, or any other city or town, before or after.
They won’t be shopping at stores, or eating at restaurants,
or staying overnight in hotels, motels, airB&Bs, and/or campgrounds.
70000 people won’t be coming. No fees, no taxes, no tickets, no dinero.
There won’t be any art, or music, or new stories from Burners this year.
It was better last year.
BUT THERE WILL BE NFL FOOTBALL! (Seriously?)
We love NFL Football, but NO. Without a stadium crowd? NO.
NO FUCKING TEAM SPORTS! No gatherings to watch team sports! 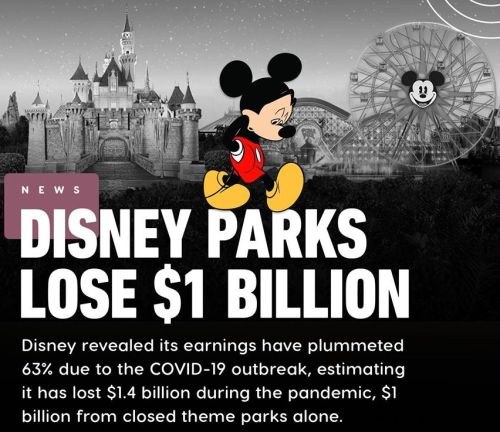 Re-Open the Country? The pandemic is still spreading! People are dying!
Let’s go to the beach! Get that haircut! Get your nails done! Go shopping!
75000+ US CITIZENS ARE DEAD! More will die, that is a certainty.
There will be a “SPIKE” in 4 days, and 8 days, and another “SPIKE” in two weeks.
People don’t know they’re infected. They’re protesting the safety measures!
What happened to “Stop the Spread in 15 Days” and “Stop the Spread in 30 Days”?
Hydroxycloraquin? Drink the Bleach? Inject the Lysol? It will all just go away?
THEY TOLD PEOPLE NOT TO WEAR MASKS! The told Doctors not to test sick people!
THEY LIED TO THE PUBLIC AND THE MEDIA WHILE THEY SOLD THEIR STOCKS!
THEY KNEW ABOUT THE DANGER IN JANUARY! AND THEY WAITED UNTIL MARCH!
There isn’t enough testing. There won’t be enough testing for months.
There is NO CURE! There is NO VACCINE! There won’t be for at least a year, if at all.
People are still getting sick from ROUND ONE! And the virus is mutating.
People are protesting “stay-at-home” restrictions by gathering in large crowds….

Billionaires are going to go broke if the poor people don’t get back to work!
33 Million People are reported as currently unemployed (the number is higher). 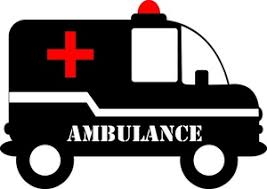 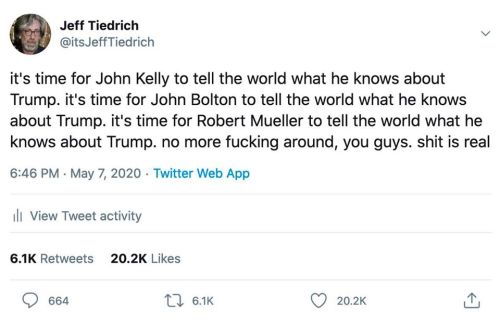 We took the Big Boy to the vet in the afternoon. Drop off, wait in the parking lot, talk to the vet on the phone, pay and pickup. And it was TOO HOT FOR HUMANS today.
And we had to wait an hour in the car, and it was really expensive! But the Big Boy had his physical, got a couple health issues looked at, and then home again and happy dogs.
So exhausting to even go out in public, and all we did was sit in the car, and get out to hand off the dog and sign the credit card clipboard. Wearing a mask and gloves too….

12:45am: Time to catch up on this Blog Post.
We started it last night, and that’s the opening RANT part (above).

4:00pm: It’s HOT, but not as hot as this past week was. The gardeners came to do more “major” landscape work and tree pruning today, and they’ve been outside the Home Office working hard (and speaking Spanish) in the heat all day. We slept most of the day away yesterday (Friday), and we were up all night again, so we took a nice afternoon nap today from Noon-3:30pm. We just woke up and took the dogs outside to do business and we let them run around for a little bit. They were chilling’ here in the office, but they kept barking at the gardeners, so they are now in the other room napping.

“If Ernest Hemmingway was alive, he would beat the shit out of every hipster”
– Natasha Leggero

Netflix and chillax! We’ve been watching/streaming a lot stand up comedy and comedy driven podcasts to take our mind off the news. BIG THANKS to Bert Kreischer, Tom Segura, Bill Burr, Big Jay Oakerson, Joey “Coco”Diaz, Fortune Fiemster, Natasha Leggero, Patton Oswalt, and even the cast of SNL. and we’re going to check out the new Jerry Seinfeld special soon.
And music too, mostly on Youtube and fb live watch. BIG THANKS to MELISSA ETHERIDGE and her “ConcertFromHome” everyday at 3:00pm PST! Shout out to Jamal_aka_Jamel on Youtube for his reaction videos that always make us laugh. If you haven’t seen him, he’s a 40-year old black man raised on rap and hip-hop who is discovering classic rock, grunge, prog rock, country, and heavy metal music online! Remember when you first heard a great song? Probably not, but now you can watch someone else discover the music of Led Zeppelin, Pink Floyd, The Who, Weird Al, and many more. He is not the only one doing reaction videos, but we like his attitude and presentation best (although the classical flute teacher from Europe reacting to Jethro Tull Live was great too!).
And thanks to DirectTV. Scan the channels, there’s always something on, right? We rewatch films, find new things, watch the news constantly – but not so much lately, PBS, HBO, and all the other networks to stay entertained and informed in our solo isolation.

And another televised car chase, hot pursuit, moron running from the police. His car got disabled on the 101 freeway north of the San Fernando Valley near Thousand Oaks when they used a spike strip. And there was a “standoff” and the helicopters had to refuel and so the news just cut away. There was a big traffic backup because they had to close the freeway down and police, sheriffs, and California highway patrol units were parked in lanes, and the guy was throwing lit flares from his non-moving vehicle.

The dogs got fed, and we were outside, and they got love. We did a load of laundry and cleaned/sanitized the kitchen. We haven’t been hungry at all today. We may have taken another nap. And the dogs were outside again. Baking banana bread at midnight, because we had 5 bananas that were at that point… and we don’t want to waste food.
And we haven’t gone to the market this week. And we still haven’t had dinner.

2:00am: Some dude rode past the house on a bicycle in the early AM, which was weird and suspicious, because NO ONE RIDES A BIKE AT NIGHT IN OUR NEIGHBORHOOD!

9:00am: We were up until dawn again. Then we slept a little.
We woke up and took the dogs outside, fed the dogs, took them outside again, and got the newspapers. We had a cup of espresso. And we watered the little yard, because the gardeners tore up all the ground cover and left a dry, semi-dusty yard.
They also emptied the pot with the mint plant! And it was still healthy and viable! So, that’s a little irritating, but whatever….

THE SUNDAY MORNING NEWS SHOWS JUST SUCK!
And the news sucks. Everyday there is more corruption. More lies. More deaths.
78000+ US Citizens have died, and Trump and the GOP don’t care, except for how it affects them and their rich friends… FUCK THE POOR. FUCK THE PEOPLE.
And THE MEDIA BELONGS TO THEIR RICH FRIENDS! THIS IS ALL BULLSH*T!
They continue to lie, cheat and steal. And the news media just follows and plays along.

Time for Sunday Brunch.
On The Menu: NY Steak with sautéed onions and 2 eggs over medium, a toasted egg bagel with cream cheese, strawberries, pineapple and an espresso to drink 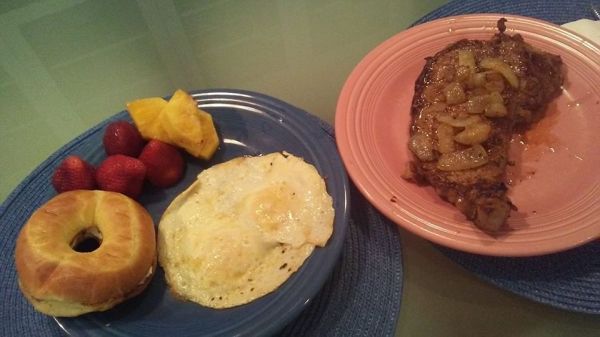 Steak and Eggs for Sunday Brunch!

11:00am: And so we ate. And we took the dogs outside again.
And now we are all back in the Home Office (and someone is licking my toes).
More love for the dogs and now they’re napping. And Mother’s Day phone calls.

WHAT HAPPENED TO SUNDAY?

9:00pm: “Tempus fugit” Today just evaporated. Wow, it’s nine? We fed the dogs and we were outside. And we worked to update an old Blog Post. We slept for a couple hours maybe.And we WAS TIRED! But it was so tired, you can’t fall asleep, tired. And we tried a few times, but didn’t drift off to dreamland…. and then we hit it and dropped like a rock we guess. Still feel tired and unfocused, maybe time for espresso again.

11:30pm We finally made an espresso, and we didn’t eat dinner. Hungry? Not hungry? Food? What to eat? Why? Too late for delivery…. There’s food here. Maybe nachos later.

And so that’s the weekend…. NOTHING. Just hanging around. WTF?
Happy to be safe, healthy and able to shelter-in-place. But seriously?
They “re-opened” things before the first wave crested. There is not enough testing.
People are unable to “social distance” and follow simple safety advice.
There will be a SPIKE. And then ANOTHER SPIKE. And thousands more will die.
And then we will start over with FORCED SELF-ISOLATION and QUARANTINE again.
The GOP Leadership WANTS YOU DEAD.
You and your family are not important to them.
All they want now is your money, your home, your land,
your possessions, your health and even YOUR LIFE!

The CoronaVirus Pandemic has now killed more people in the United States,
in less than three months, than the 58220 Americans who died in two decades during the Vietnam Conflict. 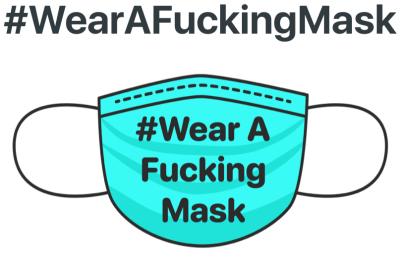 Read our previous Blog Post “Depression? Questions to Ask – Before Giving Up” > https://joshwilltravel.wordpress.com/2015/07/12/depression-questions-to-ask-before-giving-up/

Be thankful. Be grateful.
Be kind to each other – love one another – support everyone*.
❤️