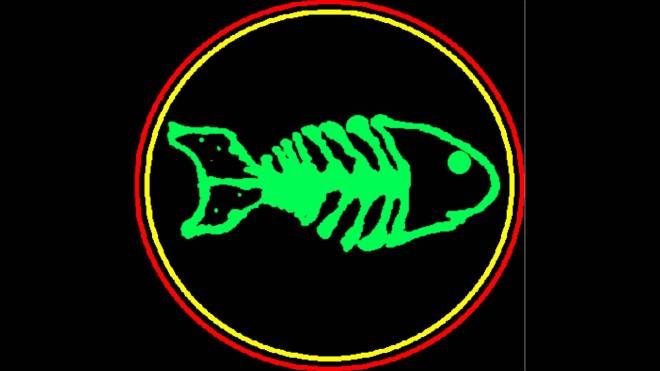 The song is about “Dancing around Armageddon” and having a good time without worry or concern….

Party at ground zero – A “B” movie starring you
And the world will turn to flowing – Pink vapor stew!
Johnny, go get your gun, for the commies are in our hemisphere today
Ivan, go fly your MIG, for the Yankee imperialists have come to play
Johnny goes to Sally’s house to kiss her goodbye
But Daddy says to spend the night
They make love ’till the early morning light
For tomorrow Johnny goes to fight
Johnny, Ivan, Ian, everybody come along for our nations need new heroes
Time to sing a new war song
[CHORUS]
Please do not fear ’cause Fishbone is here to say (say what?)
Just have a good time the stop sign is far away
The toilet has flushed and green lights are a ghost
And drop drills will be extinct
Speedracer cloud has come
They know not what they’ve done
Sin has just won
The planet is a crumb…
[CHORUS]

The term “Ground Zero” is generally used to mean the point directly above or below the earth’s surface closest to the detonation when a nuclear explosion takes place. The term is also used to mark the point of the most severe damage or destruction.

Inauguration Day has taken place on January 20 every year following a presidential election since 1937. Trump is scheduled to be sworn in as the 45th President of the United States on January 20, 2017 around noon on the West Lawn of the United States Capitol. The president-elect and vice president-elect will both take the Oath of Office, followed by the inaugural address and the presidential procession and inaugural parade down Pennsylvania Avenue to the White House.

More than 50 House Democrats are planning to boycott the inauguration in Washington D.C. after Trump’s divisive campaign, and most recently his twitter attack this week on civil rights activist Congressman John Lewis (after he called Trump’s victory illegitimate due to Russian interference in the election). And 200,000+ people are also expected in the city the day after for the Women’s March on Washington to protest Trump’s election. 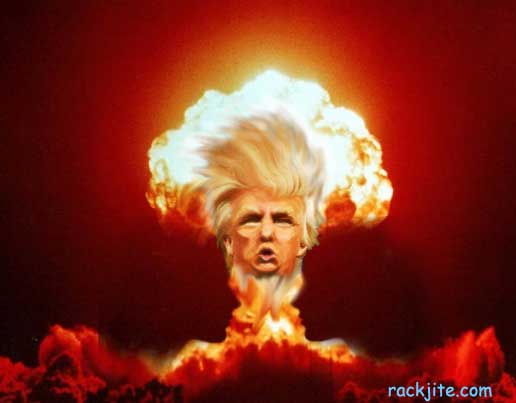 Our Thoughts on Trump’s Inauguration: 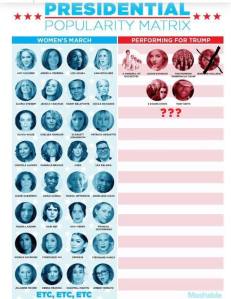 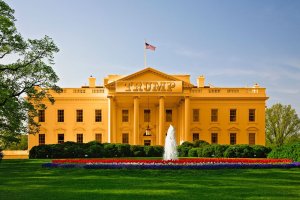 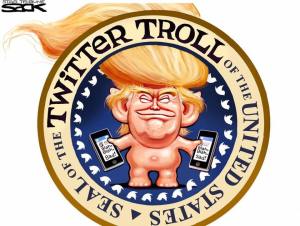 NOTE: During the Cold War, a snack bar that used to be located in the open space in the center of the Pentagon was nicknamed “Cafe Ground Zero, the deadliest hot dog stand in the world.” Soviet satellites saw groups of military officers entering and exiting the hot dog stand at about the same time every day. They concluded that the stand was the entrance to an underground bunker.

“Rumor has it that during the Cold War the Russians never had any less than two missiles aimed at this hot dog stand. They thought this was the Pentagon’s most top secret meeting room, and the entire Pentagon was a large fortress built around this hot dog stand. They thought the officers were going to get their top secret briefings in a protected area, but really they were just going to get lunch” – Brett Eaton, an information and communications officer for Washington Headquarters Services

Cafe Ground Zero was torn down in 2006 and a new building was built in its place. The Pentagon was declared a national historic landmark in 1992 and the courtyard is one of five historically protected features of the building. The hot dog stand was replaced by a modern building of roughly the same size and exactly the same shape.

Cafe Ground Zero at the Pentagon in Arlington, Virginia (torn down in 2006)

The New Building: The Center Courtyard Cafe at the Pentagon (opened in 2008)

Construction of the Pentagon was completed in approximately 16 months at a total cost of $83 million. Ground was broken September 11, 1941 and the building was dedicated on January 15, 1943. The Pentagon is the headquarters of the United States Department of Defense. It was listed on the National Register of Historic Places in 1989 and was designated a National Historic Landmark in 1992.

Designed by American architect George Bergstrom (1876–1955), the building is 77 ft tall, and each of the five sides of the building is 921 ft long  with a five-acre central plaza. It has five floors above ground and two basement levels. One of the world’s largest office buildings, the total square footage is about 6,500,000 square feet. More than half, 3,700,000 square feet is office space. The concentric rings are designated “A” through “E” from the center out with additional “F” and “G” rings in the basement. “E” Ring offices have the outside view and are generally occupied by senior officials. Supposedly, it’s possible for a person to walk between any two points in the Pentagon in less than seven minutes.

On September 11, 2001, exactly 60 years after the building’s construction began, American Airlines Flight Flight 77 (from Washington Dulles International Airport to Los Angeles International Airport) was hijacked and deliberately flown into the west side of the Pentagon at 9:37am, killing 189 people according to the official report. 59 civilians and 5 terrorists on the airplane were killed, as were 70 civilians and 55 military personnel in the building. The damaged sections of the Pentagon were rebuilt in 2002 and the occupants moved back in August. The America‘s Heroes Memorial and a chapel opened in 2002 and is located where Flight 77 crashed into the building. The Memorial is open seven days a week, year-round and is the only place at the Pentagon where photography is permitted.

After the attack on 9-11, the destroyed World Trade Center’s 15 acre site in New York City became known as “Ground Zero” and is now the new The World Trade Center and the National September 11th Memorial and Museum. 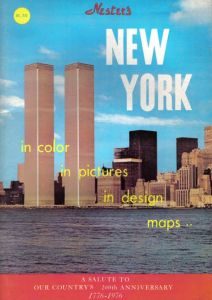 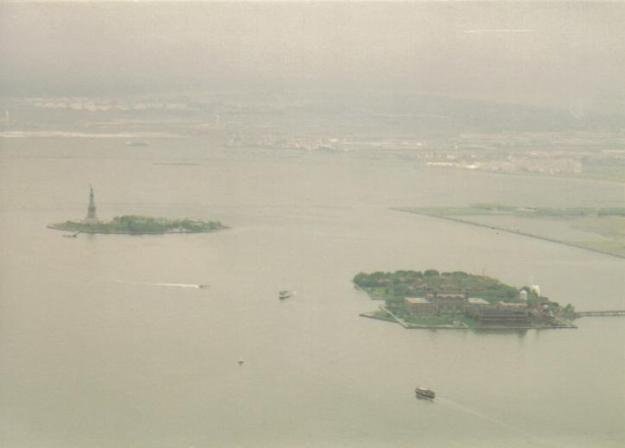 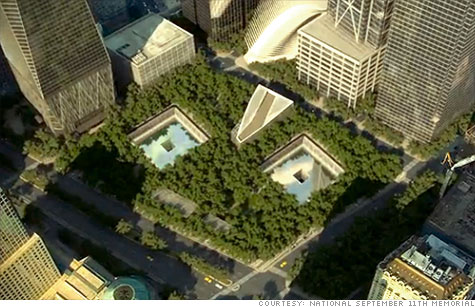 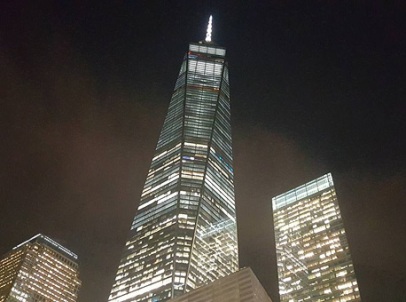 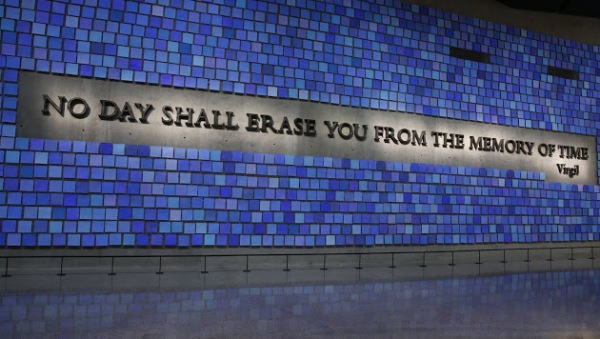 Armageddon as it is written in the Book of Revelation (the last book of the Bible’s New Testament) is the prophesied location of the gathering of armies for a final battle during the end times. According to the Book of Revelation, the purpose of this gathering of kings in the “place called Armageddon” is “for the war of the great day of G-d, the Almighty.” Also called the “Revelation to John” or the “Apocalypse” it is interpreted as either a literal or a symbolic location. The term is also used to refer to any “end of the world” scenario and the climax of the ongoing struggle between good and evil.

NOTE: In religion and theology, a revelation is the revealing or disclosing of some form of truth or knowledge through communication with a deity or other supernatural entity.

Sam Moore as Reverend Morris at the Revival Meeting in the film “Blues Brothers 2000”:

6 thoughts on “PARTY AT GROUND ZERO!”