Memorial Day: A Day of Remembrance!
Originally it was called Decoration Day. A day when Americans went to cemeteries and placed flags or flowers on the graves of the war dead. It was a day to remember ancestors, family members, and loved ones who made the ultimate sacrifice and died in service for the United States of America. Waterloo, New York, was officially declared the birthplace of Memorial Day by President Lyndon Johnson in May 1966, but over two dozen cities and towns claim to be the birthplace of the holiday. Decoration Day was created during the Civil War to honor the dead. It was officially proclaimed on May 5, 1868 by General John Logan, national commander of the Grand Army of the Republic: “The 30th of May, 1868, is designated for the purpose of strewing with flowers, or otherwise decorating the graves of comrades who died in defense of their country during the late rebellion, and whose bodies now lie in almost every city, village and hamlet churchyard in the land.”

Traditional observance of Memorial day has diminished over the years and many Americans have forgotten the meaning and traditions of the day. At many cemeteries, the graves of American war dead are increasingly ignored or neglected while backyard barbecues and a three day weekend are now the only celebration of the holiday. 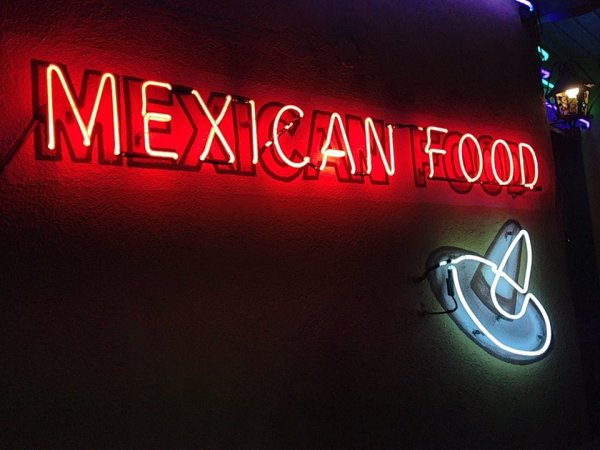 Dinner with a friend at Mucho Mas Mexican Restaurant in North Hollywood. We been here before and you can read about it (See our Previous Blog! Search Box: Mucho Mas^^^^^)

DON’T DRINK AND DRIVE!
Memorial Day Weekend in Los Angeles is a “Maximum Enforcement” period by local law enforcement to combat drunk driving. On our way to NoHo we saw LAPD Metro cops on motorcycles already patrolling the San Fernando Valley. Once again we were the designated driver, so we didn’t drink any alcohol before dinner or at the restaurant, so our friend could enjoy his beers and stay safe in North Hollywood.

Chore Day! Laundry and Spring Cleaning! We spent most of the day trying to clean and get organized. We are on a mission to get rid of the clutter and stuff we don’t need.

We finished and posted a new Blog about the “Slugfest in Hollywood” on Tuesday: the Dixie Hollywood Hotel, Dinner at Susan Finegar’s Mud Hen Tavern and The Cure at the Hollywood Bowl”.

A beautiful sunset in the San Fernando Valley:

And a pretty boring Saturday night at home…

Dinner: Enchilada Nachos! Used the leftover Mexican food from last night: cheese enchilada cut up with the rice and beans and then more cheese over tortilla chips with taco bell hot sauce. “Life is short, make it saucy!”

And we watched “The Intern” with Robert Deniro and Anne Hathaway on HBO. A cute film about a 70 year old retired business man (played by Deniro) who interns for a successful online women’s clothing company owned by a young, overworked woman with an adorable young child and a “stay at home” husband (played by Hathaway). The cast is rounded out by a crew of young, nerdy “Tech Bros” and Rene Russo as the company masseuse.

It’s really a romantic comedy without the romance between Deniro and Hathaway, adding Rene Russo as the hot, younger old person and love interest. It was a fun movie with a great cast, but the happy ending was kind of lacking in resolution and could have been much better! Deniro got to chew on the scenery and play a custom tailored part and that’s what he’s great at. Hathaway is a terrific actress, and this role mirrors her part in “The Devil Wears Prada” as a young and successful working woman conquering adversity. 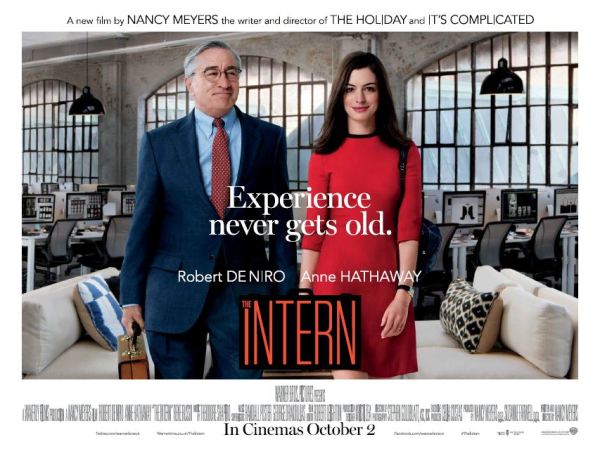 And we ate some Hot Tamales to better simulate the “movie theatre” experience.

We also did a little Periscope viewing too. We watched The Cure live from Washington and Steven Brody Stevens killing it and rockin’ comedy at the Improv on Melrose.

And then we worked on laying out this Blog until we got tired and fell asleep.

We slept in and then made breakfast/brunch.

And we were going to do stuff today and then we turned on HBO and saw they were running a marathon of “The Pacific”, the under appreciated follow up to “Band of Brothers” in honor of Memorial Day. It’s a great period piece about World War II and the war against the Japanese. So, we didn’t watch all 10 hours, but we did watch…and worked. 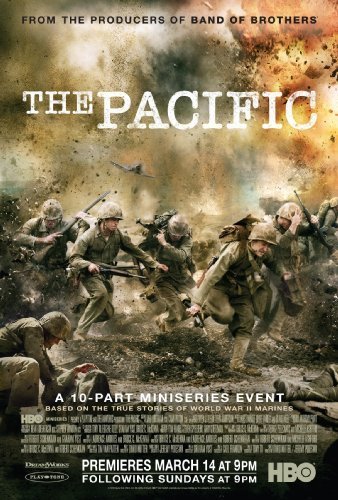 Hot Dogs! Sunday afternoon with the dogs in the backyard:

We were invited to go to the movies, but passed because we didn’t want to see the film and we hate going to the theatre on weekends or holidays because there are just too many people, and all it really takes is one person with a cell phone to ruin the experience for me. So, we stayed at the home office and someone brought me dinner!

“Hold the door!” We waited all week for this episode of Game of Thrones. Last week’s episode “The Door” was excellent. And sad. And emotionally involving. And as always, there are so many story lines running that each episode feels incomplete…
And so, with great anticipation we waited and watched this week’s episode.

Do you think Hodor will return as a wight?

Grapefruit, coffee, leftover cold orange chicken for breakfast and then back to bed…

The annual “Band of Brothers” marathon on HBO was interrupted by a LIVE televised Memorial Day Holiday High Speed Pursuit at noon!

“Band of Brothers” is a 2001 American war drama based on historian Stephen E. Ambrose’s 1993 non-fiction book. It is based on the true World War Two story of the men of Easy Company from the US Army 101st Airborne division who fought in Europe during the war.

NOTE: We’ve seen “Band of Brothers” in it’s entirety a couple of times. So when a social media alert was broadcast about another LIVE high speed pursuit in Los Angeles, we switched over and began watching the car chase.

The French Open was rained out so NBC stayed on the chase that started at about 10:30am… Stolen vehicle: a silver KIA Sorrento SUV with an “impaired” driver on surface streets in East Los Angeles. We picked up the pursuit at noon as the suspect got on the empty freeways and continued driving for almost 3 hours. NBC commentary was complete speculation and stupidity, so we switched over to ABC and then KCAL9 (our local CBS affiliate). Please just the facts, not ignorant newscaster’s uninformed opinions!

And Fox 11 had coverage too:

At 1pm, KCAL 9 and FOX both cut off their news coverage and returned to regular programming, so we switched back to ABC and NBC because KTLA 5 News didn’t pick up the chase at all for their one o’clock broadcast. And just after 1pm he ran out of gas on the 405 near the Long Beach Freeway, smoked some more meth in the car and then surrendered without further incident to the California Highway Patrol.

Just another holiday Monday in Los Angeles! And with the suspect in custody and the chase over at 1:30pm, it was time for lunch.

Afternoon CHILLIN’ in the backyard and more episodes of “Band of Brothers” while getting some work done in the office was how we spent the rest of the day.

We worked, we cleaned, we played with the dogs.

And then we got hungry and went to see what ingredients we had for dinner. We decided to make some pasta and did a little fancy cooking in the kitchen: 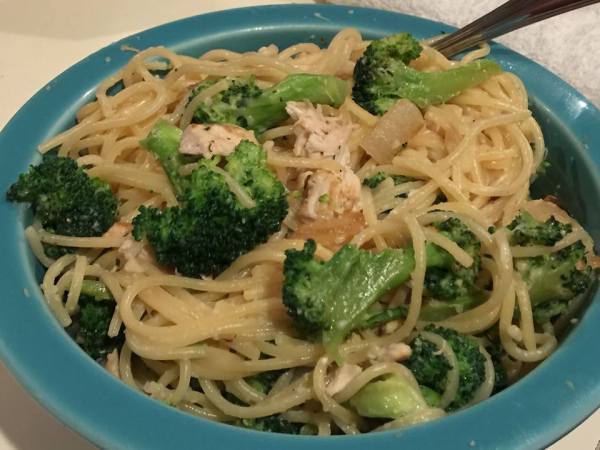 Where did the three day weekend go? Mostly boring. We hope you had a good one!

REMEMBER THE FALLEN! Some gave all so you could BBQ in peace.
Happy Memorial Day Weekend! 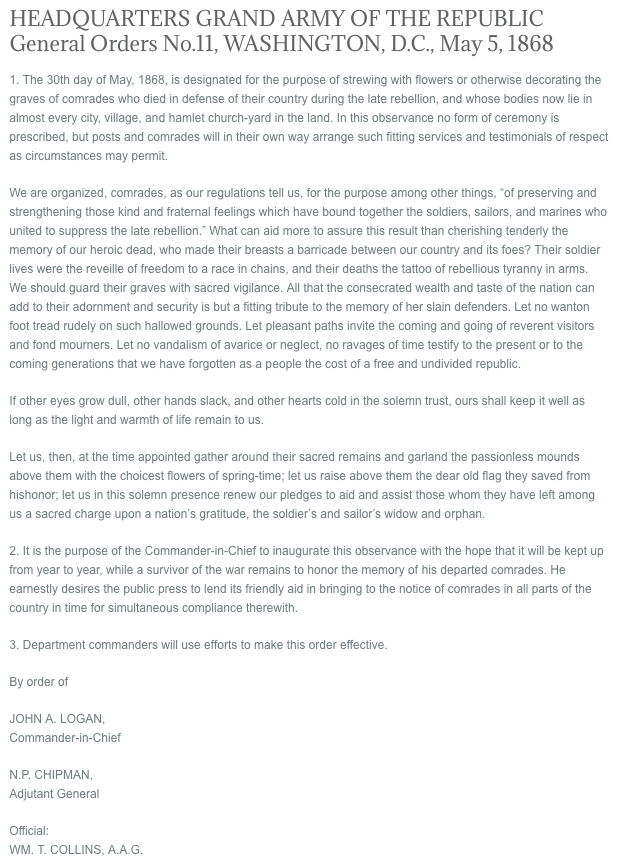 Here’s a better pic of the Circus Liquor’s Neon Clown in NoHo: