“It is a new year!
What will you do different?
Will you be the same?”

“Wet earth and sunshine
You can smell it in the air
After the rain.”

Here’s my year in review. My Blogs (see previous blogs) and Facebook posts (Joshua Weisel & JoshWillTravel) have stories, details and cool pictures for most events! Please check them out by following the links at the bottom of the page.

RIGHT CLICK AND THEN OPEN IN NEW WINDOW TO SEE A LARGER PICTURE! 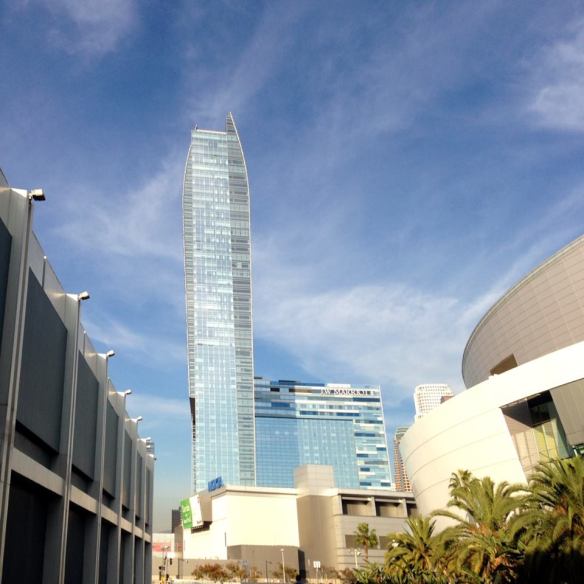 Hosted Reception at the Sportsman’s Lodge in Studio City 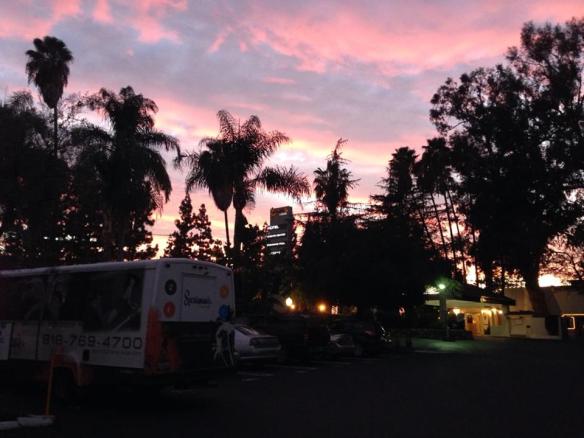 “Buy Tuscany” Event at the Italian Cultural Institute in Westwood 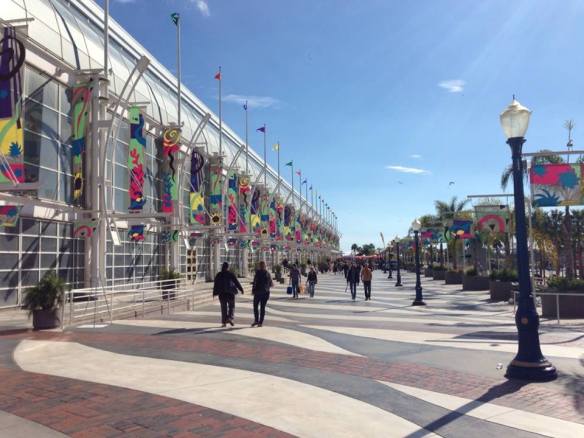 On Rodeo on Rodeo Drive in Beverly Hills (copyright 2014 JoshWillTravel)

Dinner at Cafe Firenze with Carrie and John in Moorpark

Sunday Brunch at On Sunset Restaurant at the LUXE Hotel On Sunset!

Sunday Brunch at the LUXE On Sunset (copyright 2014 JoshWillTravel)

Travel Massive Los Angeles Event at The Roof on Wilshire 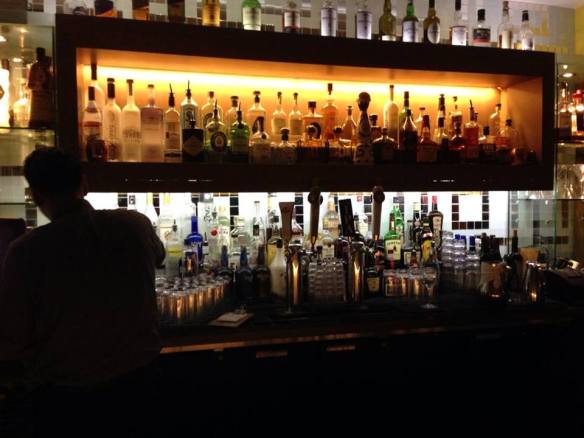 The Roof on Wilshire (copyright 2014 JoshWillTravel) 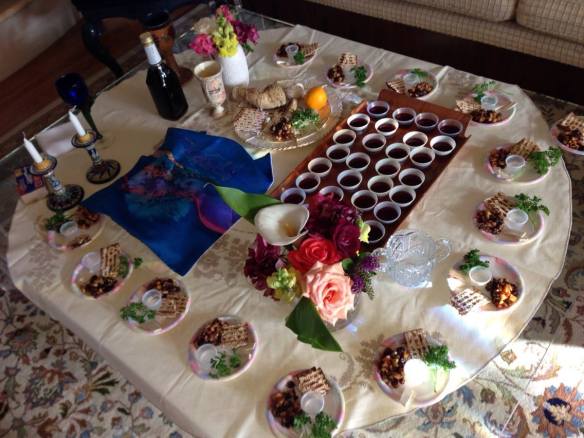 “We’re fools whether we dance or not, so we might as well dance.” ~Japanese Proverb

St. Paul’s Reunion in San Francisco! (and the Road Trip north and south)

Return to the Paramount Ranch in Agoura 2014 – Visiting Old Ghosts!

Box Seats for Four Great Summer Concerts at the Hollywood Bowl! Joshua Bell & Friends, Yo-Yo Ma and a nice Dinner on the patio at Patina, Beethoven (with Dudamel and the L.A. Phil doing the 5th Symphony) and “HAIR!”

A Celebration of Caitlin’s Life in Santa Monica

The Simpsons Marathon on FX 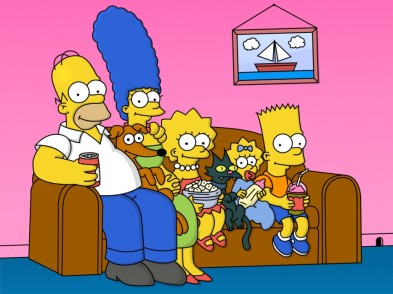 The Simpsons! Every Episode in Chronological Order…

Burning Man! (via the internet) 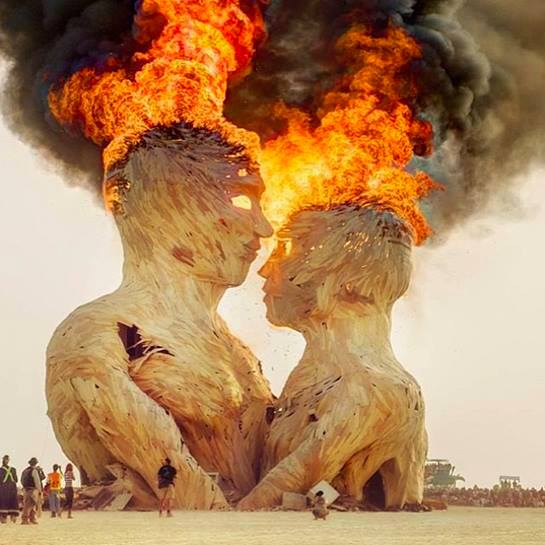 “You can get anything you want, (exceptin’ Alice) at Alice’s Restaurant.”

“May the Four Winds Blow You Safely Home” 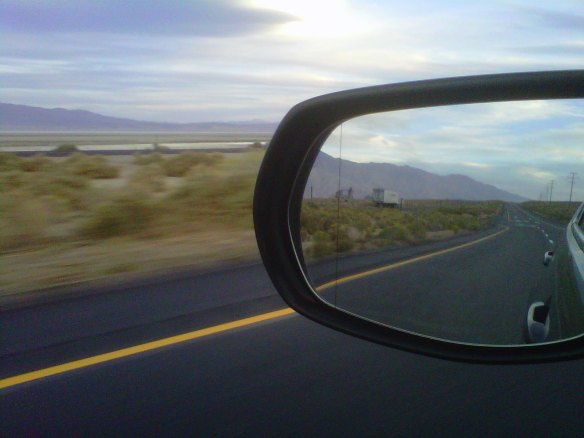 Great vacation! Saw old friends and family, visited UCSC and the Grateful Dead Special Collection, celebrated my father’s birthday and saw some great theatre in Ashland (“The Tempest”, “Richard III” and “The Cocoanuts”), partied in Reno, relaxed at Lakeland Village in South Lake Tahoe, and drove scenic US Highway 395 south to L.A. 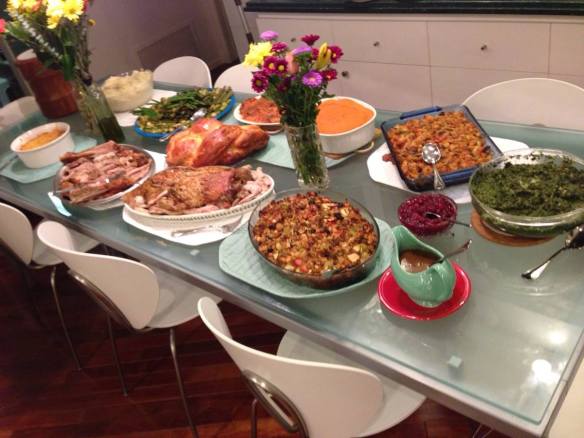 “He was a great dog. He had a good life. May the Four Winds blow him safely home.” 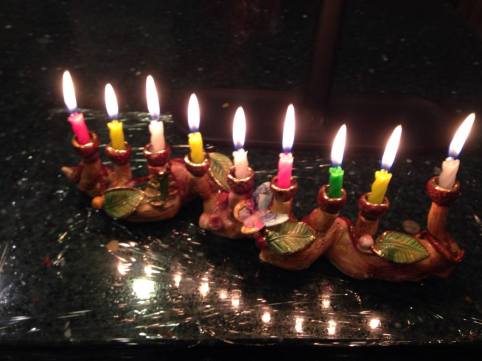 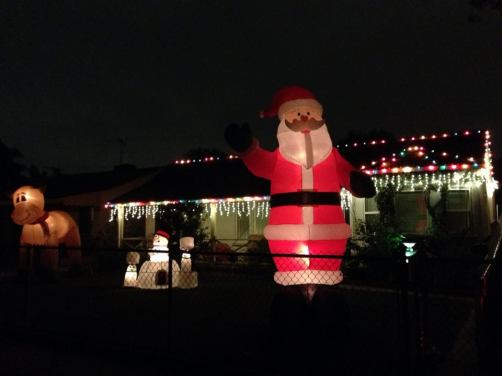 E. Caitlin Phillips RIP 2014 (she was there in spirit this year)

“What we call the beginning is often the end. And to make an end is to make a beginning. The end is where we start from.” ~ T. S. Eliot

RIGHT CLICK AND THEN OPEN IN NEW WINDOW TO SEE A LARGER PICTURE!

Baby New Year! She had a very good year too!

He was a great dog. He had a good life.
“May the Four Winds blow him safely home.”

The hardest part of owning a dog (or any pet) is knowing that you will outlive it (barring unforeseen circumstances). Our dogs are members of the family (like children) and it is a terrible loss when they die. I loved my good boy Otis.

Otis was the leader of our little dog pack, up until last weekend, when the “Big Boy” challenged him and took the dominant position away. He was old, even in dog years, and his health was failing. He was suffering from painful arthritis and other problems for the last year. It wasn’t unexpected that his time would come, but it was still a difficult decision.

He went peacefully in the evening. Our wonderful veterinarian came to the house with her assistant, put him to sleep, and then they took him away.

It’s been a very sad week here. Thank you for your condolences and sympathy!

You may be wondering “What happened to Part 4 of the Roadtrip?” (see previous blog)

Well, it’s been weird around here lately. Once again I apologize to my loyal readers for being absent from my own Blog and leaving the story unfinished…

I promise to continue the story of my trip to Ashland, Oregon very soon with tales of Lithia Park, the Oregon Shakespeare Festival, antique shopping & fine dining in Ashland, Lake Tahoe, Nevada, Reno, Lakeland Village, Harrah’s, Harvey’s, the Montbleu, and the road trip home on US 395 south (a beautiful 8 hour drive through central California).

So, it’s December again. Hooray for the winter holidays and holy days.

I wish you, my readers, a wonderful, safe and happy holiday season!

I had a wonderful Thanksgiving! Home for the holiday in Los Angeles and shared a wonderful feast with family and friends. (see previous Blog – just posted)

There were two big storms in the last week here in Southern California, and another one expected on Monday. We’ve gotten a lot of good rain, and as they say “We need the rain”. There was also a SMALL TORNADO hit south Los Angeles and someone got it on video!

And the full video with censored commentary from ABC: http://abc7news.com/434831/

We have a lot of fresh snow in the local mountains and all across the United States. Crazy conditions in the midwest and northeast! Winter is finally here. Stay warm and dry!

Talked about the weather and I’m not going to Blog about Politics, War and Racism today.

NOTE: Please read my previous Blog: “Hands Up, Don’t Shoot!” Today there were massive rallies across the country to protest the POLICE STATE, VIOLENCE AND ABUSE OF POWER. I will update my previous blog very soon, and will title it “I Can’t Breathe!”

CONNECT WITH US ON LINKEDIN: http://www.linkedin.com/in/jweisel (RECENTLY UPDATED)

RETURN TO OUR BLOG HOMEPAGE: http://www.joshwilltravel.wordpress.com 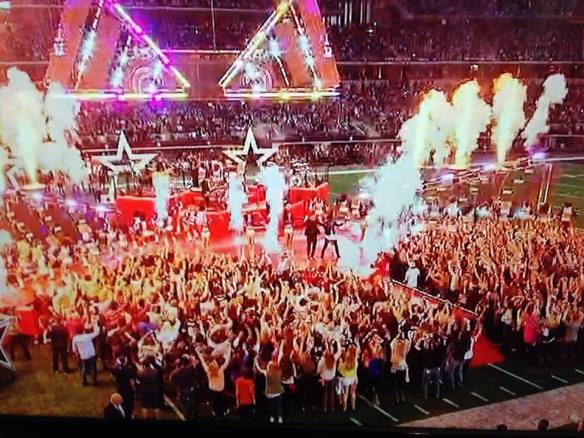 Pictures from the Thanksgiving Feast! WARNING: The following pics of Good Food may cause you to salivate, drool and/or develop mild to severe hunger pains. You’ve been warned. Enjoy! 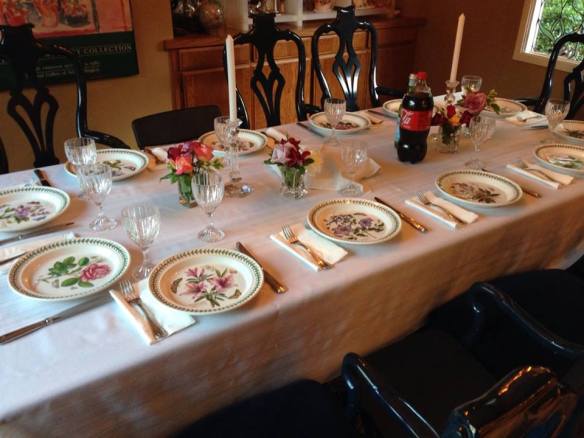 Here are some pics of great holiday food: 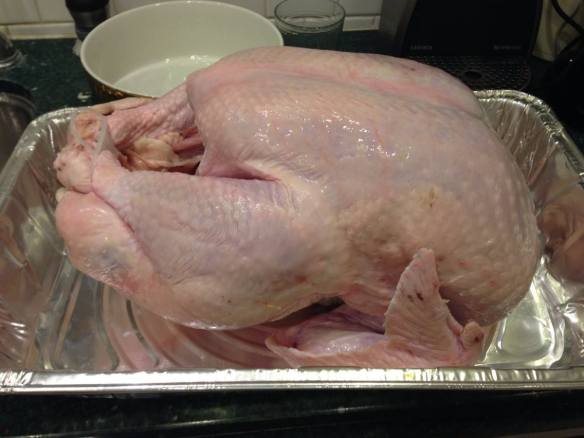 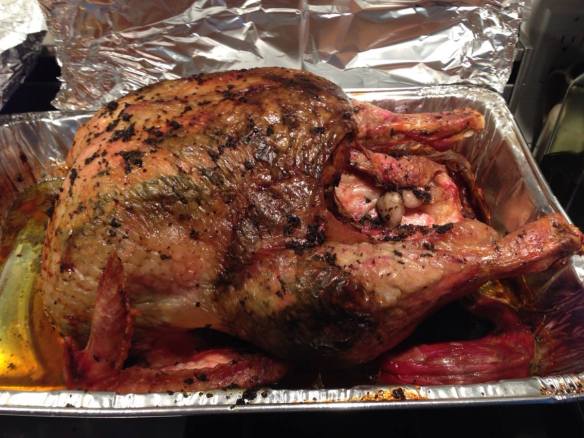 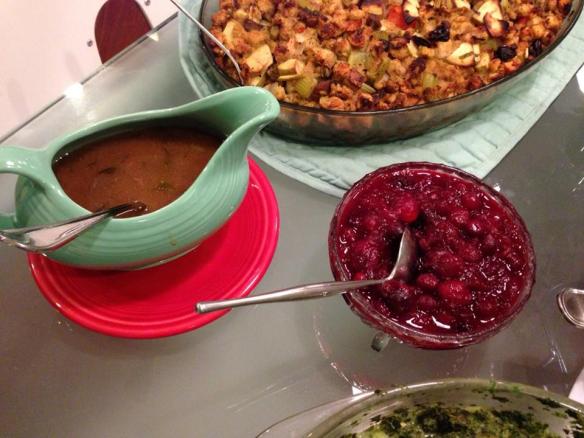 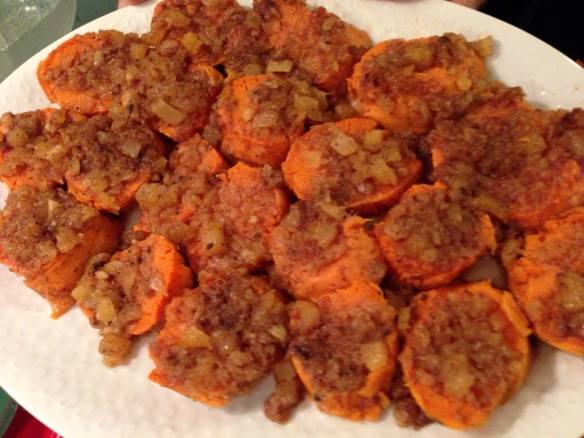 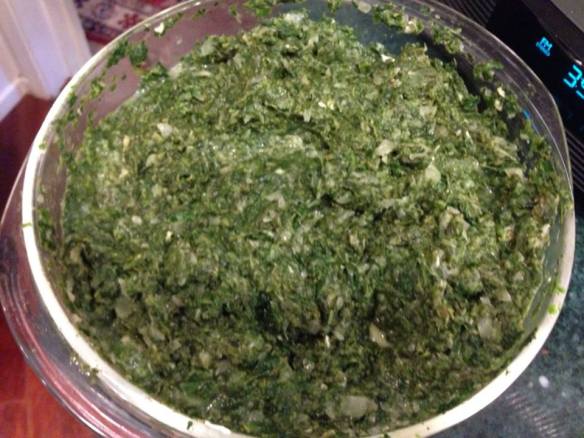 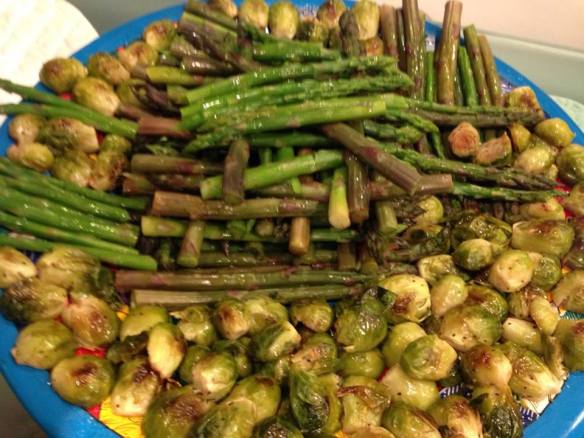 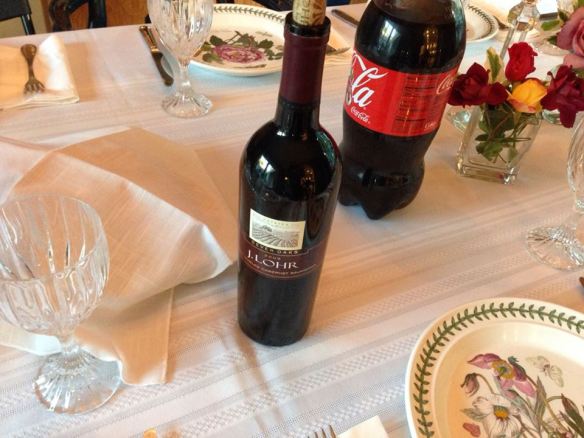 Thanksgiving 2014! Soda pop and Wine on both tables (copyright 2014 JoshWillTravel) 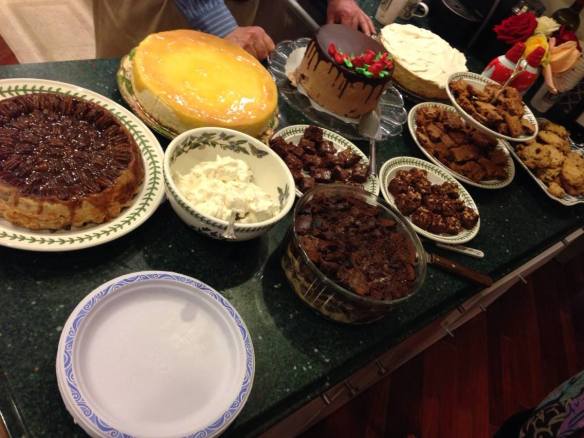 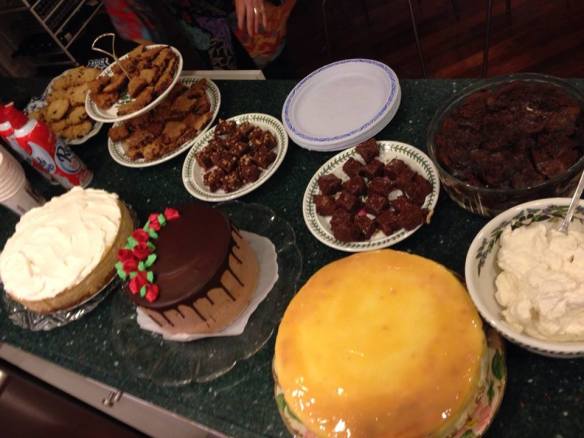 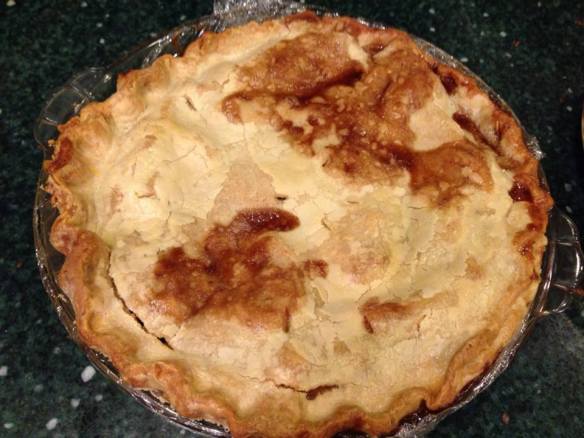 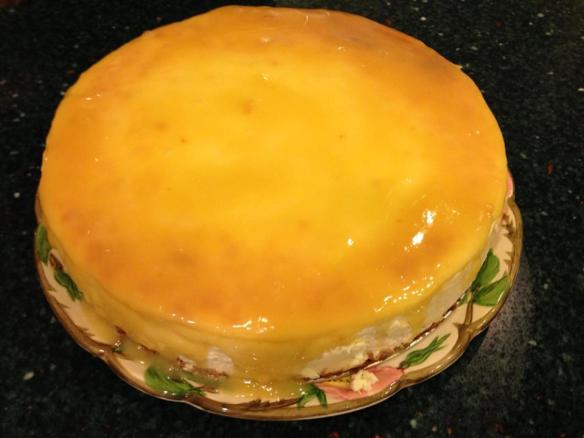 NOTE: I was going to bake a cherry cheesecake, but because I knew there would be enough dessert and due to a lack of “baking enthusiasm”, it did not happen.

I hope you enjoyed seeing this meal as much as I did eating it! And there were leftovers…

And then the “TURKEY COMA” followed by a nice nap. I was invited to another party, but had to send my regrets. Too full, too tired and too late. It was a wonderful day.