Another year in the history books, and since it’s my blog, here’s my past year in review.     (RIGHT CLICK the links and OPEN A NEW WINDOW to read my blog stories and see more pictures from each event!)

In December 2012, we got a new Cavachon puppy, so all year long it was the Year of the “Little Fuzz Ball”, as she grew up, was loved, learned to be good dog, caused (mostly minor) trouble, and was just plain adorable everyday! 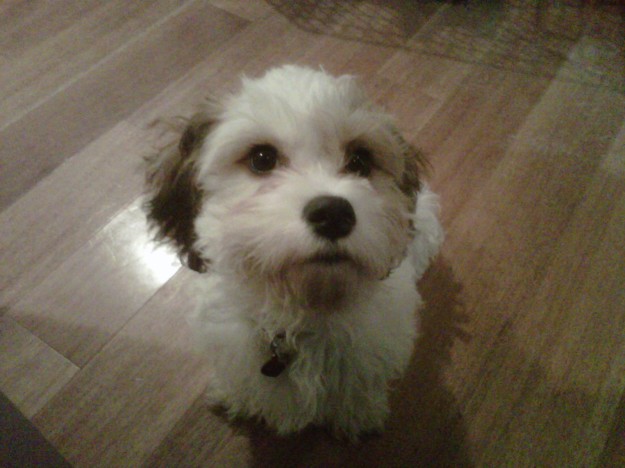 January – New Year’s Eve 2013: I kicked the new year off with a champagne toast at the annual New Years Eve Party with a few old friends in Burbank, California! 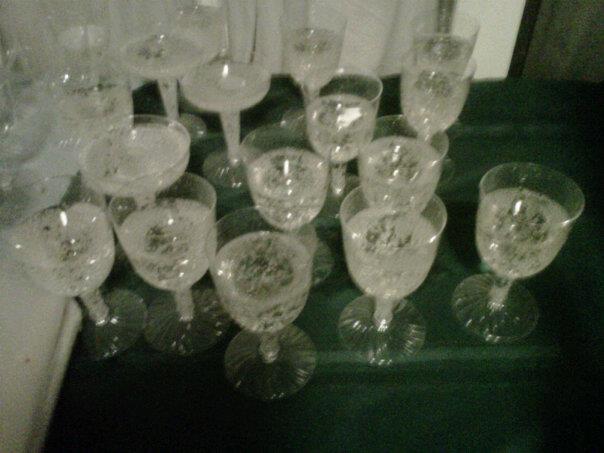 January 11th – I saw a shooting star! I was outside and looked up at the clear night sky and thought “Gee, it would really be cool to see a shooting star”. And as if on cue, the most amazing shooting star I have ever seen came blazing from the heavens exactly where I was looking.  It was awesome and it kind of freaked me out too.

Leaving on a (prop) jet plane!  Since this is a travel blog, I’m going to share my travel experiences from the past year.  Horizon Air – Alaska Air (codeshare) LAX to Medford, Oregon for a winter visit.  There was a little snow in the morning the first day I was there.

Ashland is incredibly beautiful in the winter.  The Oregon Shakespeare Festival runs February to November, so in December and January it’s relatively “tourist free”.

I spent most of this year learning the travel business, working, meeting new people, making new contacts, traveling, and enjoying my new career and all the wonderful perks!

Launched the JoshWillTravel brand and started this BLOG in February 2012!

From February until July, I posted a regular “Pic of the Day” featured photo on my blog daily, please look back and see them in my older posts!

Mom’s 70th Birthday Party at the house in Bel Air 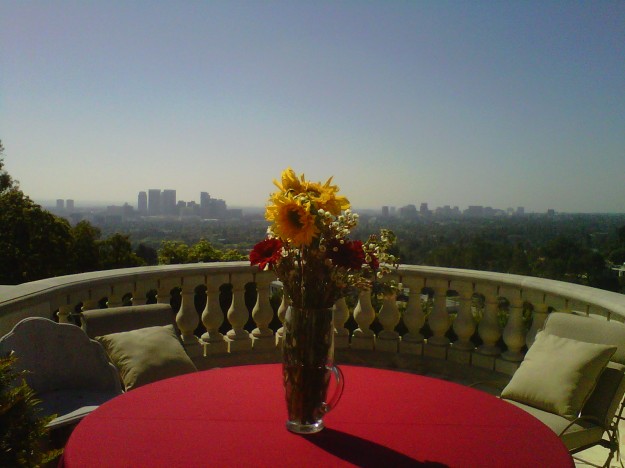 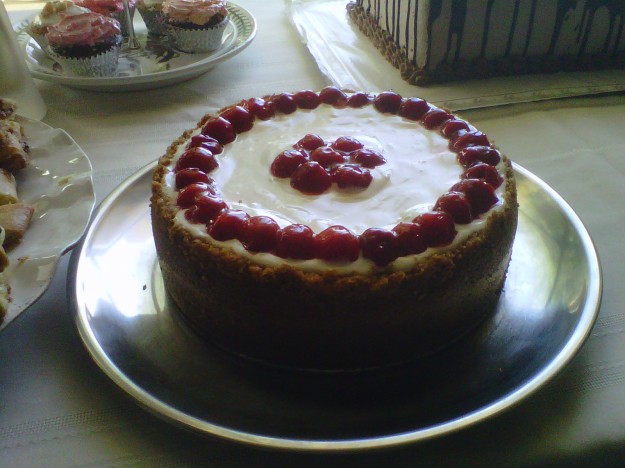 March – A month of education that continued throughout the year: The Willett Travel Academy winter class of 2013 three nights a week, continuous online learning and webinar training, a lot of reading, and events and seminars to increase my industry and product knowledge.  I studied hard and earned special Travel Specialist designations with many of our suppliers, vendors, and other travel partners this year. RIGHT CLICK to see my new credentials: http://joshwilltravel.wordpress.com/about/im-a-travel-agent-luxury-travel-advisor-independent-travel-consultant/

The Hollywood Expo (Hollywood Chamber of Commerce) at the Hollywood Roosevelt Hotel in Hollywood  http://joshwilltravel.wordpress.com/2013/04/03/tuesday-night-at-the-hollywood-expo-in-hollywood/ 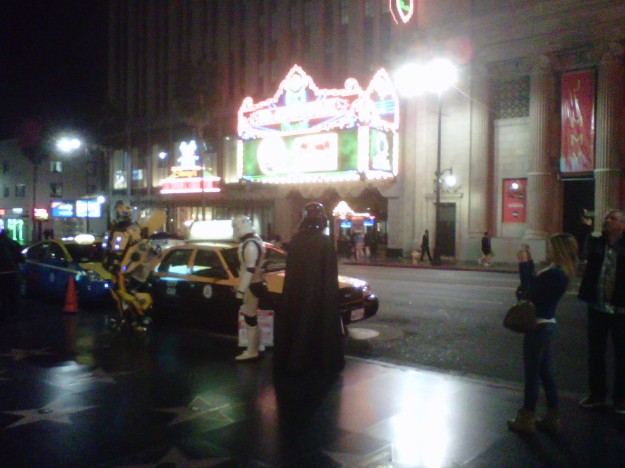 Hollywood Blvd – Darth Vader, an Imperial Stormtrooper, & Bumblebee the Transformer on The Walk of Fame in front of the Chinese Theater and the Disney El Capitan Marquee (copyright 2013 JoshWillTravel) 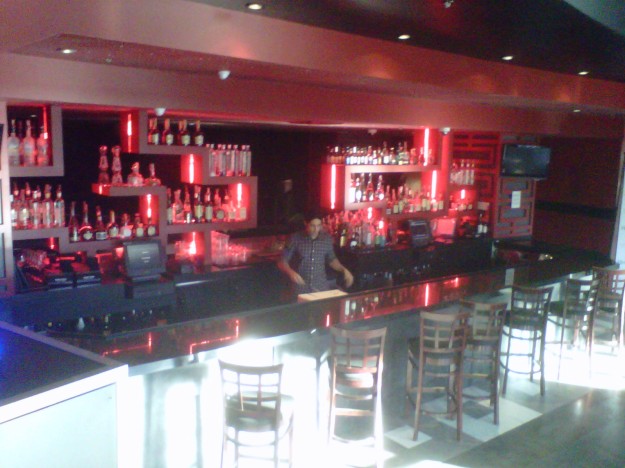 Return to the Paramount Ranch in Agoura, California http://joshwilltravel.wordpress.com/2013/04/14/return-to-paramount-ranch-01-apr-13-part-1-western-town/ 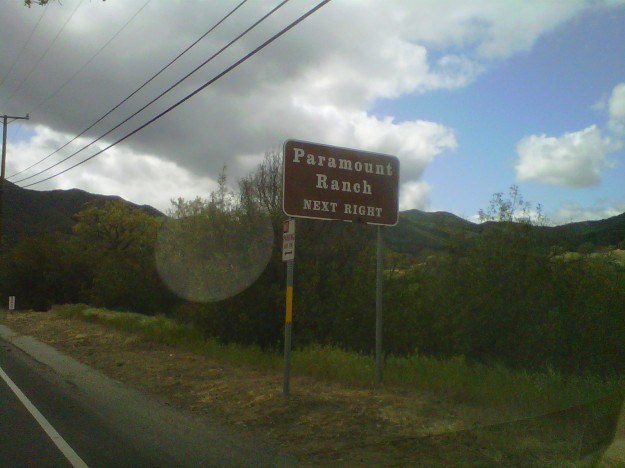 A trip to the Renaissance Pleasure Faire in Irwindale, California to see old friends.

Old Friends at the Renaissance Faire in Irwindale (copyright 2013 JoshWillTravel)

and The Brewery Art Walk in Downtown Los Angeles  http://joshwilltravel.wordpress.com/2013/04/29/pic-of-the-day-29-apr-13-brewery-art-walk-downtown-los-angeles/

May – Willett Travel Academy Graduation Celebration at The Six in Studio City  http://joshwilltravel.wordpress.com/2013/05/03/celebration-at-the-six-restaurant-in-studio-city/  Six of us graduated, and at the end of the year only two remain (myself and Lena).

Do you know the way to San Jose?  Road Trip! (copyright 2013 JoshWillTravel)

My 30th High School Reunion at the Oakwood School in North Hollywood. 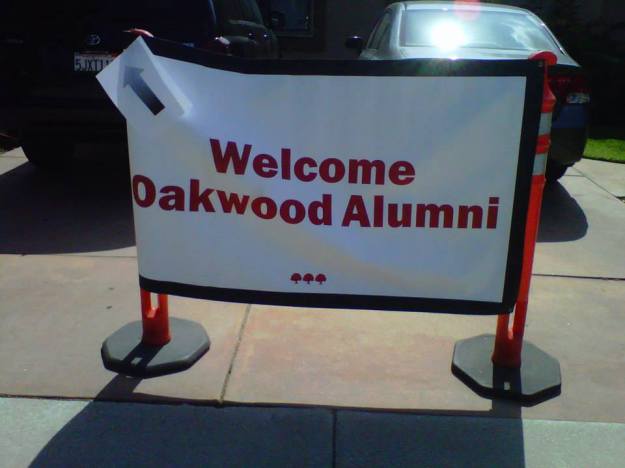 the Southern California Hotel and Lodging Conference in the City of Industry at the Palm Pacific Hotel Resort  http://joshwilltravel.wordpress.com/2013/08/07/trade-show-time-socal-hotel-and-lodging-conference-at-the-palm-pacific-hotel-resort/

Wearing the Hawaiian Shirt & Panama Hat!
Working our table at the LA WineFest in Hollywood 2013. (Thanks Debrah!)

A Good Week in June! 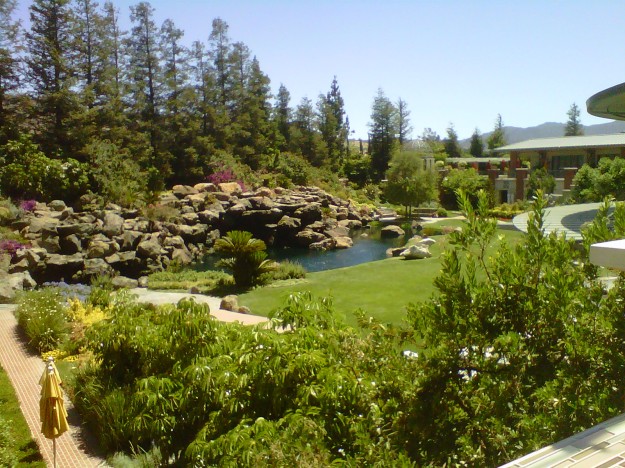 and Opening night of “Absolutely Filthy” at the Hollywood Fringe Festival http://joshwilltravel.wordpress.com/2013/06/22/pic-of-the-day-21-jun-3-friday-night-at-the-formosa-cafe/ 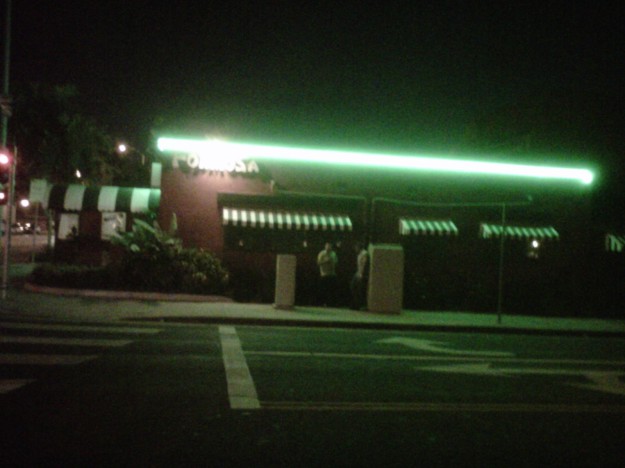 Friday Night at the Formosa Cafe in Hollywood (copyright 2013 JoshWillTravel)

The Best Play I Saw This Year: “Absolutely Filthy” at the Hollywood Fringe Festival.

Other notable Theater Perfomances this year: “Dreamgirls”, “Our Class”, “Assisted Living” at small theaters in L.A. and “The Liquid Plain” at the Oregon Shakespeare Festival. 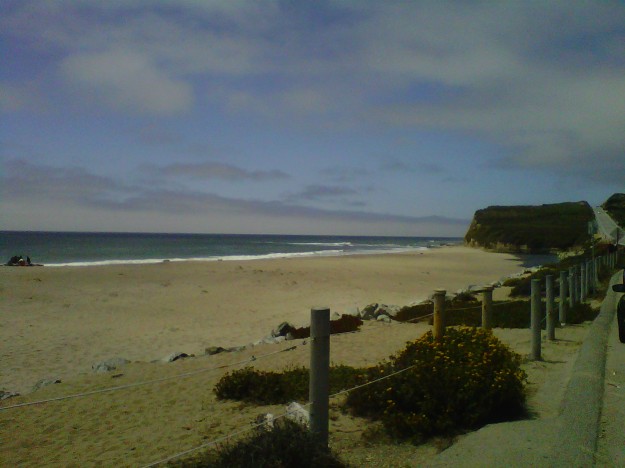 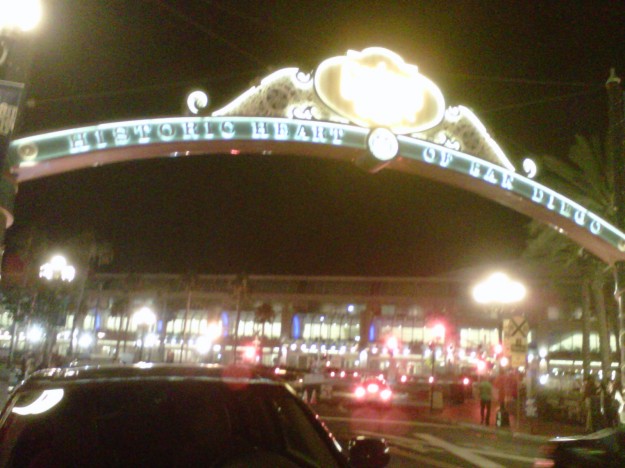 My Birthday Dinner at Melisse Restaurant in Santa Monica (the best and most expensive meal of the year) http://joshwilltravel.wordpress.com/2013/08/27/dinner-at-melisse/

Other notable meals: Dinner at Mozza Osteria in Hollywood, Dinner at Beazy’s on the Creek in Ashland, Birthday Dinner at Arnie Morton’s, Sushi at Sushi Ichiban Kan and Okumura Sushi in the San Fernando Valley, Lunch at the Four Season’s Westlake Village and On Sunset at the LUXE on Sunset, Brunch at Bistro Gardens, and many great buffets and food presentations at the wonderful hotel events I attended this year (read about them and see the pictures in my previous blogs).  The “worst meal of the year” loser award goes to the dinner at the MGM Grand Buffet in Las Vegas, everything was overcooked and underseasoned.

I also attended a couple of great Concerts at the Hollywood Bowl this summer.

Here are video samples (but you might have to be my friend on facebook to see them): 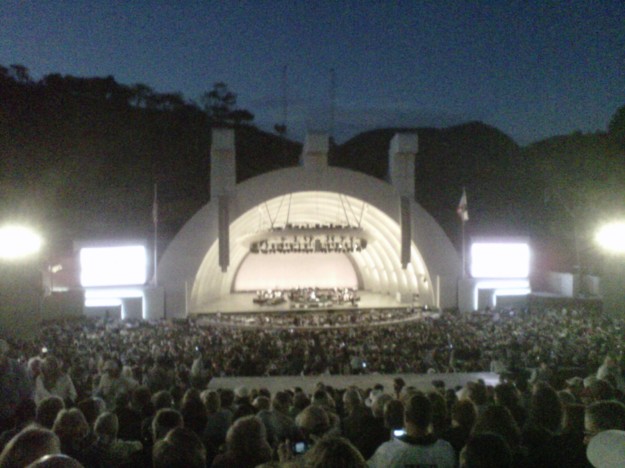 September – I sold my car and got a brand new motor vehicle! Then I drove it to LTX (the Luxury Travel Exchange) at the Venetian Hotel in Las Vegas. http://joshwilltravel.wordpress.com/2013/10/01/luxury-travel-exchange-ltx-trade-show-in-las-vegas/ 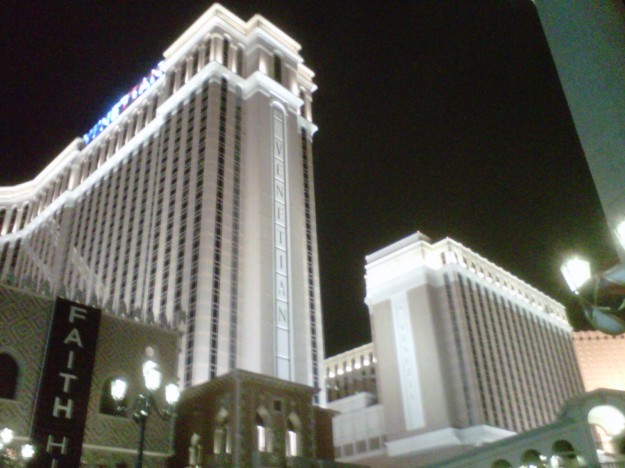 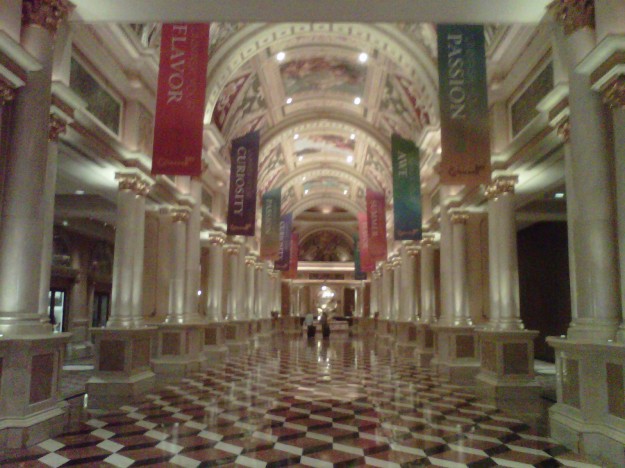 The 90th Anniversary Party at the Millenium Biltmore in Downtown Los Angeles!   http://joshwilltravel.wordpress.com/2013/10/10/the-90th-party-at-the-millennium-biltmore-hotel-in-downtown-los-angeles/

The best hotel party event of the year!  Dress in Black or White or Roaring 20’s.

and LWH Hotels presents “The Art of Hospitality” at the LUXE Hotel on Sunset http://joshwilltravel.wordpress.com/2013/10/24/the-art-of-hospitality-lwh-hotels-event-at-the-luxe-hotel-on-sunset/ 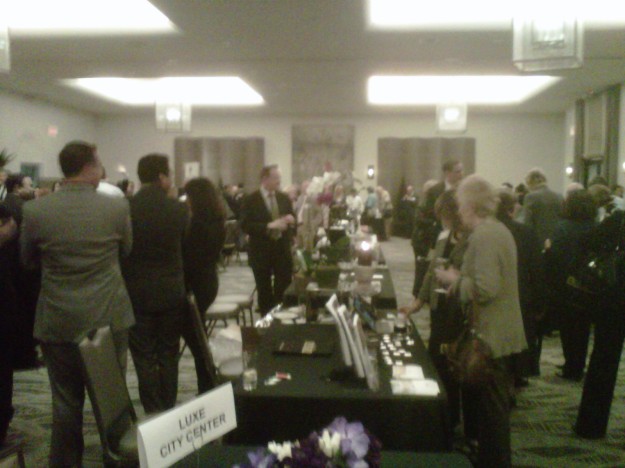 November – Dinner at El Torito Grill in Torrance courtesy of AeroMexico, CostaBaja Resort, and La Paz, Mexico. I won a trip to the Sea of Cortez! http://joshwilltravel.wordpress.com/2013/11/13/thank-you-aeromexico-costabaja-and-la-paz/ 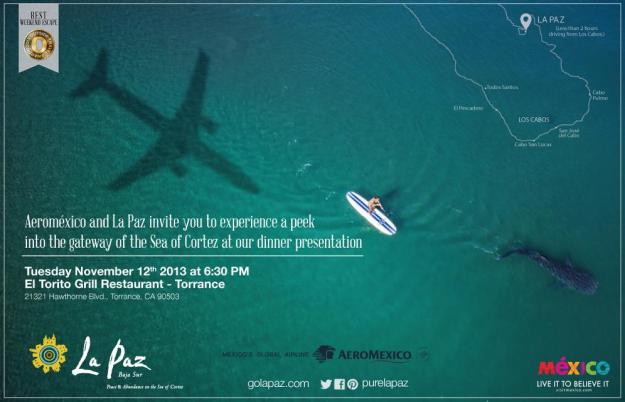 AeroMexico and La Paz dinner: I won a trip to Mexico at the CostaBaja Resort!

I also won hotel stays in Tempe, Arizona and Lake Tahoe, California this past year, so look for new blogs about the upcoming trips here next year. 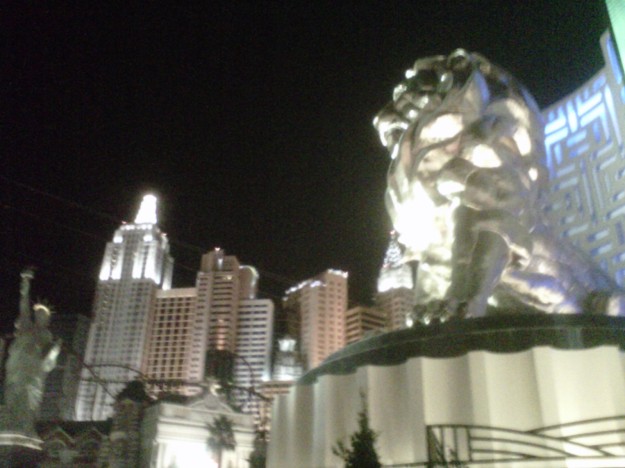 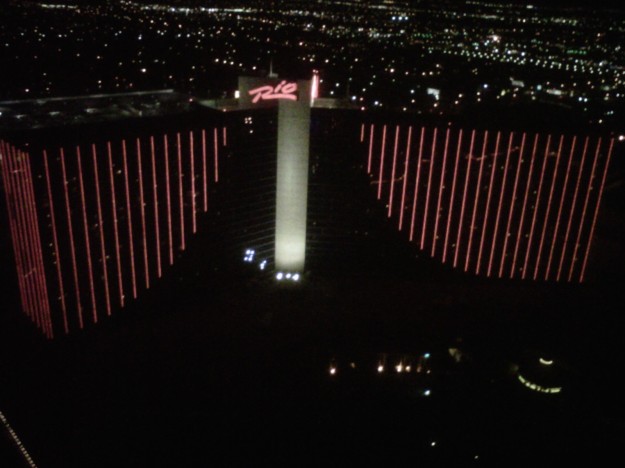 and a Party at the InterContinental Hotel in Century City http://joshwilltravel.wordpress.com/2013/11/24/party-at-the-intercontinental-hotel-20-nov-13/ 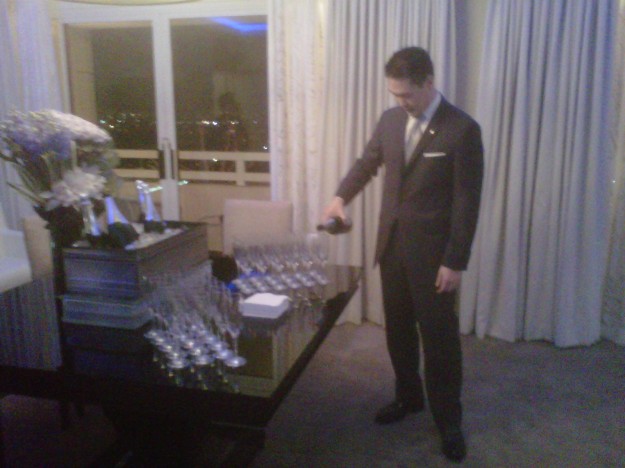 Family Thanksgiving! (and Hannukah 2013)  Family, friends, football and a feast! 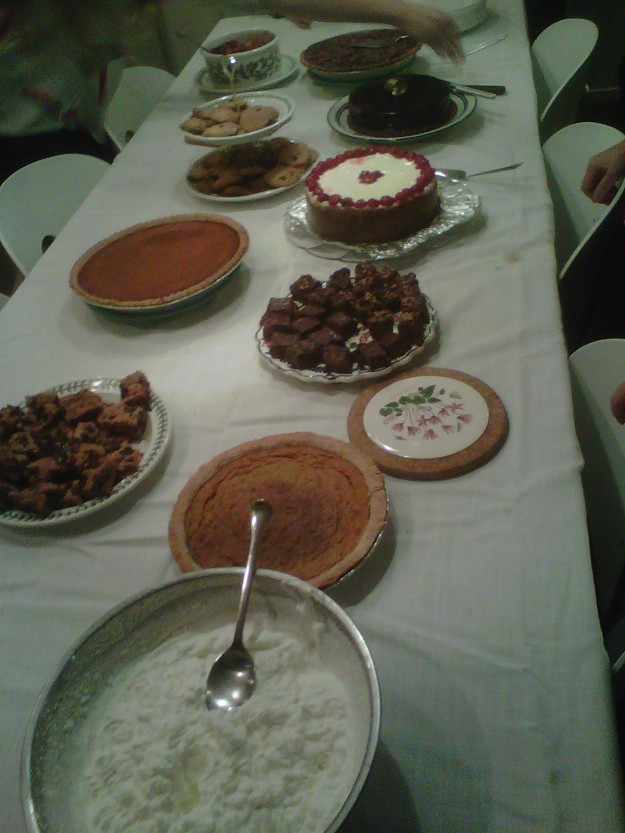 Finally got an iPhone!  Please note the improved picture quality.

The Broncos clinched the AFC West Division with 13 wins, 3 losses and broke a new record every week including the record for the NFL’s highest scoring team during the regular season.  Peyton Manning has thrown a touchdown pass in 39 consecutive games, the longest active streak in the NFL.  https://www.facebook.com/DenverBroncos 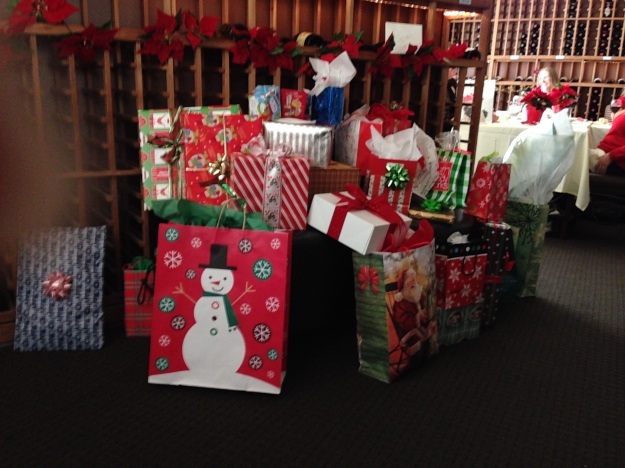 Holiday Mansion Party in the hills of Los Angeles!

The Scene of the Crime! Holiday Mansion Party!  (copyright 2013 JoshWillTravel) 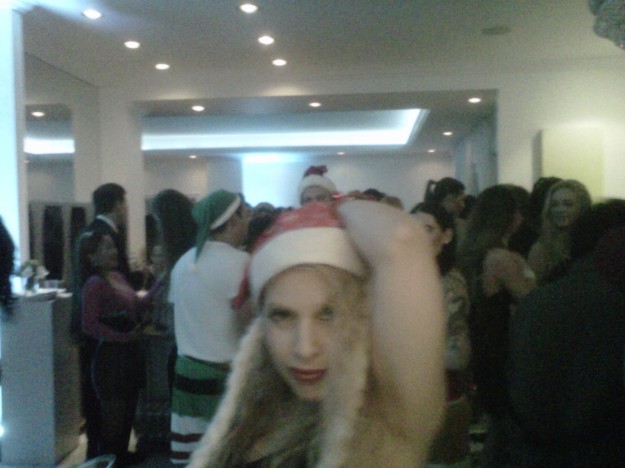 and a wonderful Christmas Dinner with a few old friends to celebrate the holiday.

It was a good year!  A toast to all my friends and readers!  Wishing you and yours safe travel and a happy, healthy, and wonderful new year in 2014!

“Well, God give them wisdom that have it; and those that are fools, let them use their talents.” ― William Shakespeare

My puppy the “Little Fuzz Ball” – Now 15 months old and still too cute for words! 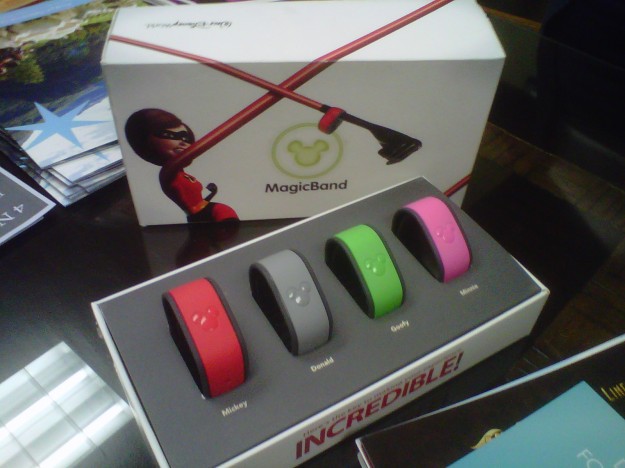 New Disney MagicBands! –  They also come in blue and yellow.

Far away from the Westside and Hollywood and Santa Monica and Downtown, in the west end of the San Fernando Valley, is one of my favorite restaurants: Sushi Ichiban Kan.

Sushi Ichiban Kan – Sneaking in the back door! (copyright 2013 JoshWillTravel)

The restaurant is beautiful, from the front to the back, and the parking is FREE!  Or at worst, you’ll have to park at a meter (which now run until 8pm) on Ventura.  We went to dinner early, parked in the rear and entered through the back door.  We were greeted and seated and then the real fun began

Dinner tonight was fantastic!  Everything was fresh.  Everything was prepared beautifully. The service was friendly and efficient.  I’ve known the owner and masterchef Hirosuke and his wife for twenty years and have followed him from Kabuki in Northridge, to Hirosuke in Encino, and now to the new restaurant Ichiban Kan on Ventura Blvd in Tarzana, between Corbin and Winnetka.  Trust me, if you love sushi it is definitely worth the trip from wherever you are. 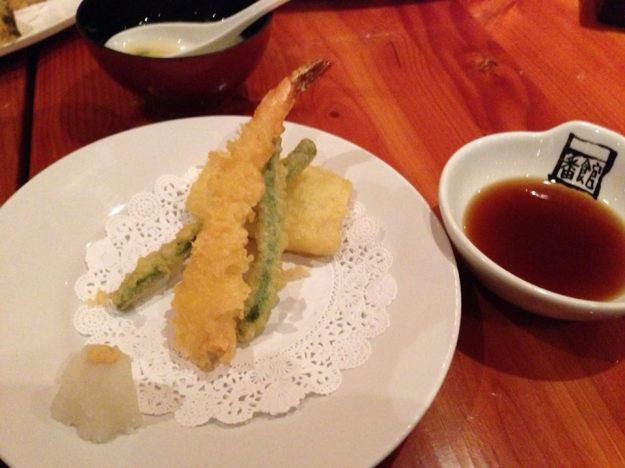 It’s not cheap, but it’s not “over the top” expensive.  You can get a lot worse and pay a lot more at other places.  This is top of the line fish, that rivals Nobu, and it’s a real value for sushi lovers.  Be sure to tell Hiro-san that I sent you!